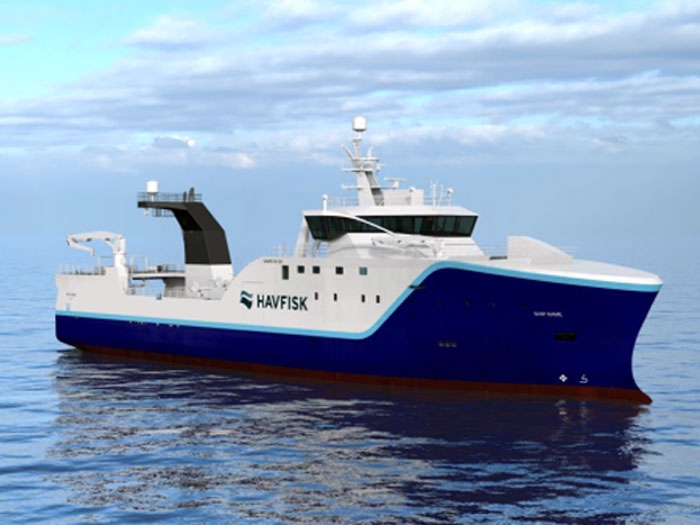 FEBRUARY 22, 2016—Vard Holdings Limited, one of the major global designers and shipbuilders of offshore and specialized vessels, has secured a new contract valued at NOK 325 million (about $37.7 million) for the design and construction of one stern trawler for HAVFISK ASA, Norway’s largest trawler company.

The stern trawler will be the first of its kind based on a VARD 8 02 design, with a length of 80 meters, featuring two separate cargo holds for refrigerated and frozen fish, a fish factory and a freezing capacity of 80 tons per 24 hours.

Developed by Vard Design in Ålesund, the new vessel design reflects a high focus on safe operations, efficiency, cargo handling and the crew’s wellbeing. The hull will be built at Vard Braila in Romania, with delivery by Vard Søviknes in Norway in the first quarter of 2018.