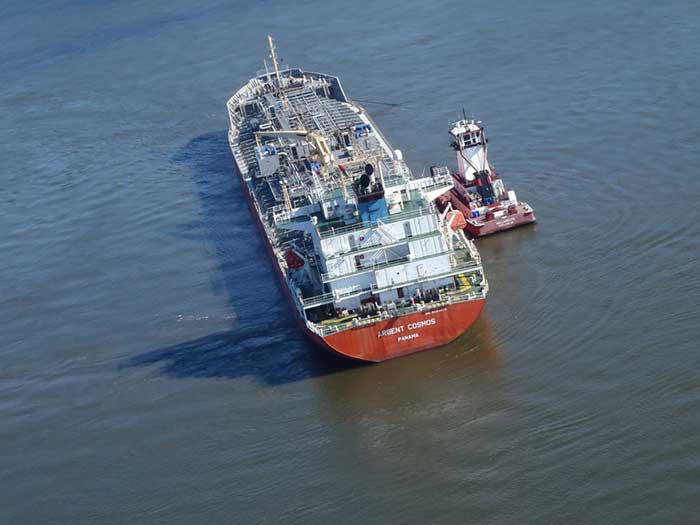 Argent Cosmos aground in Columbia River

JULY 7, 2017 — The Coast Guard yesterday responded to a vessel aground in the Columbia River in the vicinity of Skamokawa, WA.

The incident occurred after the 33,609 dwt, Panamanian flagged chemical/products taker Argent Cosmos lost the use of a fuel pump and ran aground at 6:28 a.m.,Thursday.

The vessel is part of the MOL Chemical Tankers fleet and was delivered by Kitanihon Shipbuilding in 2009.

According to the Coast Guard, there are no reports of pollution in the river, flooding aboard the vessel or injuries to crewmembers.

A Coast Guard aircrew aboard an MH-60 Jayhawk helicopter from Sector Columbia River conducted an over flight at 9 a.m. and reported no signs of pollution..

Two tugs were on scene yesterday to assist the vessel as the water rises with the incoming tide.