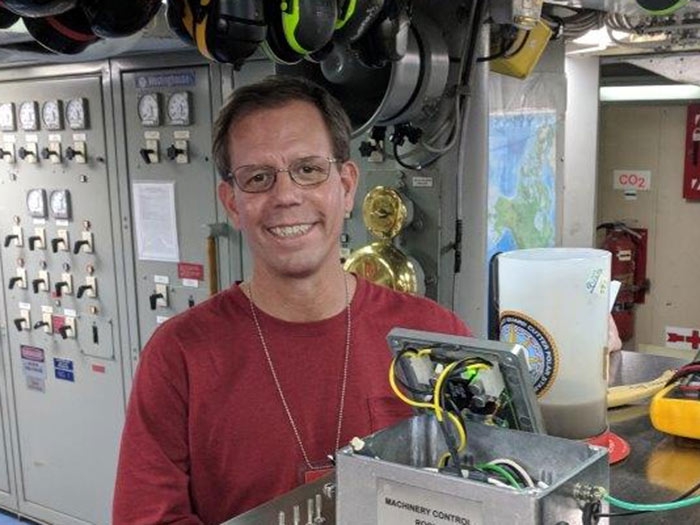 Personnel from the C4ISR — Command, Control, Communications, Computers, Intelligence, Surveillance and Reconnaissance — Program and the Naval Air Warfare Center – Aircraft Division, which is assisting the Coast Guard icebreaker acquisition team with the planned ships’ communications suite, installed 17 sensors across Polar Star in December 2017 prior to the ship’s Operation Deep Freeze 2018 deployment. The data collected will provide a baseline to which the polar icebreaker acquisition team can compare its technical specifications for the new ship, and the Surface Forces Logistics Center (SFLC) will use the information to refine maintenance of Polar Star.

The original plan was to install sensors only near the C4ISR equipment and use the data to design requirements for the new icebreakers to protect sensitive items, such as circuit boards and processors, against the jarring caused by the ships colliding with ice that can be more than 20 feet thick. However, the SFLC requested additional sensors near critical components of the hull, mechanical and electrical systems, such as engine rooms and propeller shafts, to get a better picture of the stress that each deployment places on these systems.

The sensors began their continuous recording when the cutter left Honolulu en route to resupply McMurdo Station in Antarctica. This will ensure capture of a wide range of temperature and vibration data, including readings from icebreaking and from open-ocean transit across different climate zones and sea states. Following Polar Star’s return this spring, the C4ISR Program will run analyses to provide a clearer picture of the effects of icebreaking on Polar Star’s equipment and add to the Coast Guard’s knowledge base regarding icebreaker specifications.