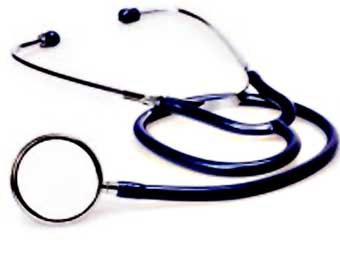 At the beginning of April, Edward Nefuda, a Second Engineer from Anglo-Eastern Crew Management Phils, Inc, was successfully passed fit at the Halcyon Clinic in the business district in Makati, Philippines.

For the past 18 years, the PEME Program has provided crew with a first rate health check before going to sea while protecting shipowners from claims arising from medical conditions existing prior to employment. It is the leading loss prevention initiative managed by the UK P&I Club—-and the most extensive and comprehensive programof its kind. It has long proved itself by reducing the volume and level of claims, saving huge sums for shipowners and P&I insurers.

The UK Club devised the PEME Programme in August 1996. The decision stemmed from a detailed Analysis of Major Claims which highlighted the incidence of compensation claims arising from pre-employment medical conditions.

Investigations revealed inconsistencies in the standards observed by clinics in making these earlier examinations. Many adhered to the minimal standards required by local authorities. And  there was no understanding or acceptance of accountability to shipowners for poor and erroneous assessments.

Accordingly, the Club laid down exacting terms for medical examinations based on ILO standards for pre-sea medical assessments. These are set out in the PEME medical examination form, which serves as the basis for a stringent accrediting and auditing process while providing an effective system of quality control. Clinics approved by the Club are fully accountable. Reports on all examinees, fit and unfit, are recorded on a confidential medical database online and are made directly available to the PEME team.

Since its inception, the scheme has steadily increased the number of accredited clinics at key crewing centers around the world. Today, some 67 owners of tankers, bulkers, passenger ships and other vessels, and crew management companies, are catered for by 54 accredited clinics in 19 countries. Most fleets enjoy protection & indemnity cover from the UK P&I Club but a few continue to support PEME while placing their ships with other clubs.

There are thirteen clinics in the Philippines including Manila, Davao City and Iloio City and twelve clinics in India, four in Croatia, three in South Africa and the UK, two in Romania and Australia, one each in Indonesia, France, Hungary, Ireland, Poland, Spain, Singapore, Thailand, Ukraine as well as extensive coverage throughout the U.S. and Canada.

The busiest clinics are in the Philippines as that country accounts for largest percentage of total examinees.

More clinics are planned to meet the geographical requirements of members. Future screening arrangements might be made through a joint venture with health management companies or directly with individual clinics.

The Club’s online medical database contains all examinee records. This provides the basis for statistical analysis on trends relating to conditions, nationalities and individual clinic performance.

Clinics can verify the individual details before examination by crosschecking with Club PEME records, thereby avoiding possible deception by examinees. PEME remains alert to the possibility of prospective seafarers who have previously been found unfit by other clinics in the scheme going elsewhere to seek a more favorable verdict.

Examinations must be performed no more than two months before the anticipated date of joining ship. Certificates are valid for two years after the examination date.

The main reasons for rejection have been consistently Hepatitis B, Hypertension, PTB, abnormal liver function, diabetes, gall bladder and kidney disease and sight defects. Clinics can offer advice on appropriate treatment and lifestyle changes for those found unfit. When applicants recover fully, they may be reconsidered for sea service subject to re- examination.

The first 100,000 examinees were seen by program medics during the first nine years from 1996 to 2005.  The second nine year period has seen a big growth in the total number of examinations which have doubled. Examinations are running at about 20,000 a year. With more owners and managers signing up, this rate is expected to increase.

Since the programme’s inception, 9667 applicants have been assessed as medically unfit for employment at sea. If all rejected candidates had incurred average claims costs of about US$12,000, the bill would have been well over US$100 million. The total cost of all Club PEME examinations to date represent just a quarter of the total cost of the claims had each unfit crewmember joined the ship and subsequently been repatriated.

Clinics are audited every two to four years. In the Philippines and India, where there is a high volume of examinations, audits take place every two years.  Each audit lasts three to four hours, and includes a review of medical records and accreditations, interviews with staff and a tour of clinic facilities. Recommendations for enhanced facilities and best practice suggestions and noted commendations are sent to each clinic following audit.

The PEME Team handles the scheme’s administration, covering accreditation of new clinics, managing the independent audit of existing facilities and review of clinic performance. There has been an increased workload for the PEME team in the research, assessment, interviewing and negotiation of arrangements with new clinics, followed by ongoing involvement in monitoring and discussing the performance of accredited clinics.

The managers seek to identify areas for improvement and innovation in both the examinations and the scheme’s administration.

In the early years, PEME moved quickly towards a rejection rate of twelve per cent which effectively confirmed the low standards of some of the clinics and certificating bodies on whom shipowners and managers relied. The rejection rate has since stabilized at three per cent. Sophia Grant observes: “The existence of a quality examination has almost certainly had an impact on the numbers of unfit crew passing through the system and being considered for sea service.

“Ensuring that crews are fit and healthy is important to all owners and managers. For the seafarer, PEME offers a regular health check-up that can detect illnesses in the early stages, thus increase the likelihood of quick and full recovery after treatment.  It diminishes significantly the risk of crews becoming ill while serving onboard, at times way out to sea and far from professional help. It reduces the probability that a crew member will require hospitalisation overseas or need to be repatriated by air.

“Some seafarers and owners were initially skeptical about the purpose and enhanced standards of the UK Club examination. It is now widely accepted the scheme has benefits as an effective means of loss prevention and is a valuable crew health management control.”