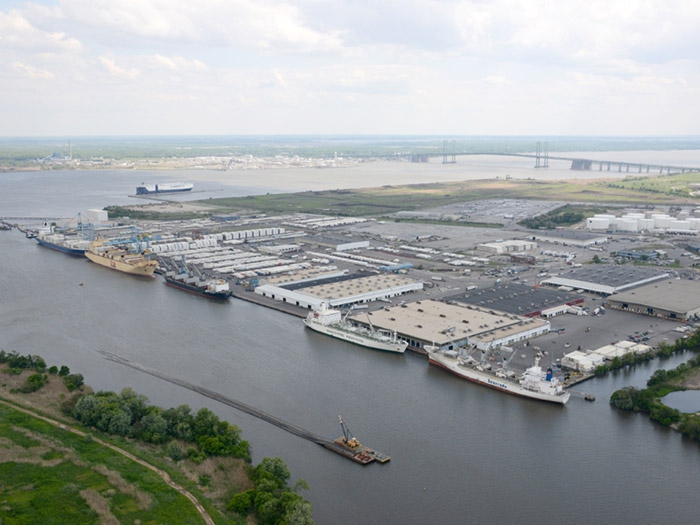 JULY 18, 2018 — The federal government has reportedly signed off on a proposal to allow Gulftainer, the largest privately-owned independent port operator in the world, headquartered in the United Arab Emirates (UAE), to privatize the Port of Wilmington and develop a new container port at Edgemoor, Delaware Online reports Gov. John Carney as saying yesterday.

The terms of the pending 50-year deal would see the state continue to own the land under the nearly 100-year-old Wilmington port while Gulftainer would take over operations of the facility. The final terms must now be ratified by the Diamond State Port Corporation, the port’s quasi-public operating board.

Back in April, Gulftainer reported that its subsidiary GT USA had inked an agreement on terms with the State of Delaware that would grant GT USA exclusive rights to operate and develop the Port of Wilmington for 50 years.

Over the next nine years, Gulftainer is planning to invest $580 million in the port, including approximately $410 million for a new 1.2 million TEU container facility at DuPont’s former Edgemoor site, which was acquired by the Diamond State Port Corporation in 2016. During this period, the company will fully develop all the cargo terminals capabilities and enhance the overall productivity of the port.

The agreement on terms came after over a year of negotiations and an evaluation of Gulftainer’s capabilities globally, including in the U.S., where the company currently operates the Canaveral Cargo Terminal in Port Canaveral, Florida, after winning a 35-year concession in 2015. As part of these operations, the company has also been providing services to the U.S. space industry, including contracts with SpaceX and Blue Origin.

“With Gulftainer’s proposal, we have an opportunity to develop the overall infrastructure and potential of the port, which can lead to a direct and significant impact on our economy as a whole,” said Delaware Governor John Carney. “We hope to see significant impact to the state’s revenue stream with the planned injection of $580 million investment into the cargo facilities within the city of Wilmington. This massive infrastructure upgrade will have a knock-on effect to the logistics sector of the entire East coast. It is also exciting to see that Gulftainer’s proposal included a plan to establish a marine training institute to boost local career aspirations in maritime industry and port operations.”

Badr Jafar, Chairman of Gulftainer’s Executive Board, said: “For over 40 years, and as the oldest container operator in the Arab Gulf Region, Gulftainer has been at the forefront of transforming port and logistics operations across four continents. We are honored and excited to extend this experience and capabilities to the Port of Wilmington, as we continue to pursue a strong growth trajectory in the U.S.”