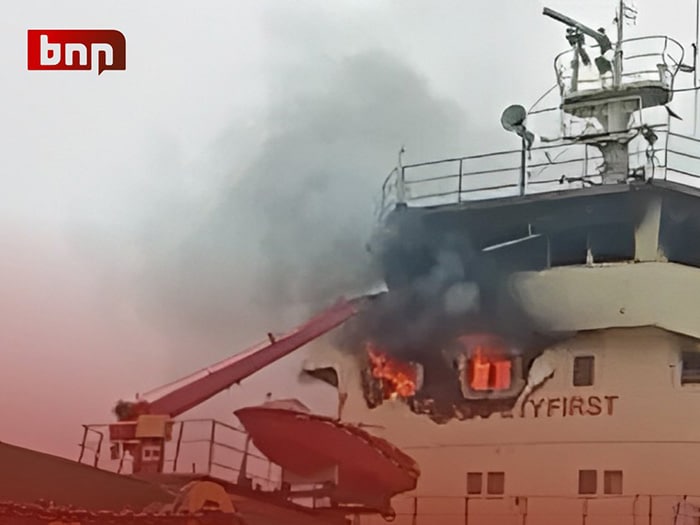 BNN Network tweeted this image of the bridge of the Tuzla in flames.

Video posted on social media shows flames racing through the superstructure of a 3,943 dwt, 1980-built general cargo ship, the Tuzla, yesterday, after a Russian attack on the Ukrainian port of Kherson. The Vanuatu-flagged ship is owned by Istanbul-based Cayeli Shipping Ltd and, according to Turkey’s Veryanssin TV, is one of two Turkish-owned merchant ships hit in the Russian attack.

The 1995-built 4,750 dwt Ferahnaz , which is also Vanuatu-flagged, was damaged by shrapnel in the same attack, Veryannsin reports Hüseyin Cebi, an official with vessel’s manager, Istanbul-based Cakiroglu Deniz Tasima Ltd, as saying.

That ship was reportedly less severely damaged than the Tuzla.

Kherson is not one of the ports covered by the Black Sea Grain Initiative and reports differ on whether the ships were struck by a bomb, a missile or artillery shelling.