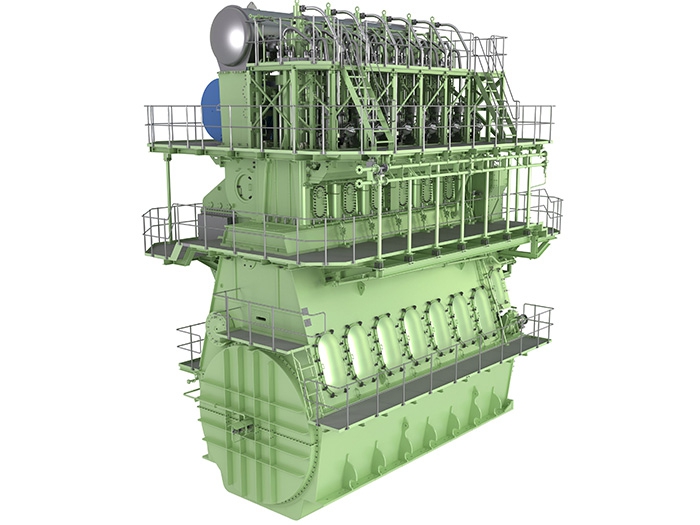 FEBRUARY 14, 2017 — Riviera Beach, FL, headquartered Tropical Shipping, a Saltchuk subsidiary, has ordered a series of MAN propulsion packages in China to complement an expansion of its vessel fleet.

With a current fleet of 15 vessels, Tropical Shipping has operated its freight-shipping service between Canada/South Florida and the Caribbean and the Bahamas for over a half century. The company delivers comprehensive cargo-transportation services, including dry, refrigerated, and less than container load.

The four 1,100 TEU vessels are each equipped with an MAN B&W 6S60ME-C8.5 main engine, complete with TCA66-21 turbocharger and an SCR (Selective Catalytic Reduction) module to achieve Tier III compliance.

The propulsion package also features three MAN 6L23/30 Holeby GenSets with MAN TCR14 turbochargers, as well as the latest generation of CP propellers, the VBS1550-5 Mk5, which is a five-bladed design combined with the MAN Alpha rudder-bulb concept.

The two 300 TEU vessels are each powered by one MAN 27/38 engines, with TCR turbochargers.

The new vessels are due to enter service from June 2018 on.

Bjarne Foldager, Vice President – Promotion & Sales, Two-Stroke Business – MAN Diesel & Turbo, said: “The marine market is currently very challenging but, in winning orders like this, we see some green shoots of recovery. Tropical Shipping has chosen to expand its fleet with proven technology from our portfolio and I am confident they will be served well by it.”

MAN Diesel & Turbo initially introduced electronic, fuel injection control on its large bore, ME-C engines, which are a more compact form of their ME-B counterparts. The ME-C range’s electronic controls are characterized by:

These advantages are gained by the use of variable, electronically-controlled timing of fuel injection and exhaust valves during operation.

Additionally, all software and hardware are upgradable for the lifetime of the engine.

The 23/30 engine is one of MAN Diesel & Turbo’s most successful workhorses, and has a half-century history of operational stability with over 12,000 sales to date.

The engine is popular with shipowners for its reliability and “forgiving” service demands. Applications for the engine include tankers, bulk carriers and product tankers as auxiliary engines.

The engine is mostly HFO-driven with gas and marine oil also used in special environmental areas. The 23/30 engine is optimized for part-load operation, typically at 40-65%, and features an mep that is < 20 bar. As a result, the engine experiences reduced operative stress – compared to its competitors – meaning a decreased demand for spare parts and significantly reduced running costs over its lifetime.