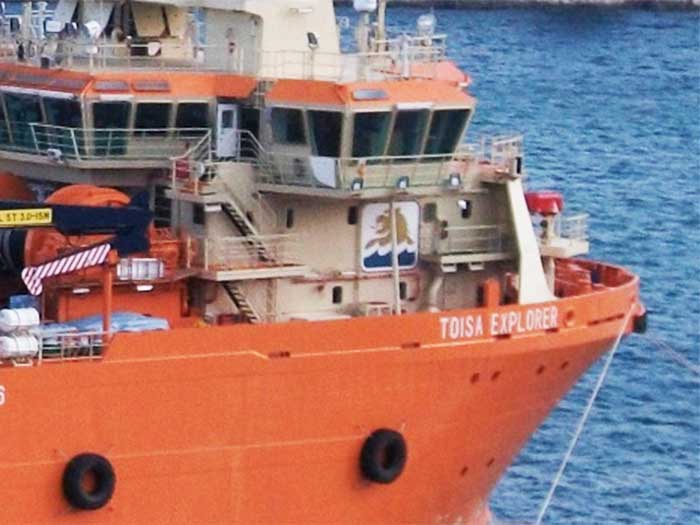 JANUARY 30, 2017 — Toisa Limited and 23 of its affiliated vessel-owning companies announced today that it has filed voluntary petitions for reorganization under Chapter 11 of the Bankruptcy Code in the United States Bankruptcy Court for the Southern District of New York.

Reuters reports that Toisa, owned by Greek shipping magnate Gregory Callimanopulos, has a fleet of 26 offshore oil service vessels, 13 tankers and seven bulkers, according to documents filed with the US Bankruptcy Court in Manhattan.

The fleet is managed and operated by Aberdeen, Scotland, based Sealion Shipping Ltd.

According to a release put out by public relations firm Sitrick & Company, Toisa filed for Chapter 11 “following a prolonged slump in global oil prices, among other factors, and its effect on the company’s offshore business. While the company would have preferred to complete its financial restructuring out of court, its complex debt structure and dipartite lender group made filing Chapter 11 necessary to provide a single forum for all continuing conversations with lenders.

“Due to its sufficient liquidity, the company’s business operations and relationship with its customers and vendors will not be adversely affected by this proceeding while it works constructively with lenders toward a consensual resolution.”

The Sitrick release says that “under Chapter 11 protection, the company’s vendors are afforded ‘administrative’ status for all shipments made, or services provided, subsequent to the filing. As a result, payments for new shipments or services will be made in the ordinary course of business either by the company or one of the company’s management agents, which are not part of the Chapter 11 filing.

“The company’s charterers, shippers and receivers of all cargoes carried aboard its vessels (‘customers’) are also afforded the aforementioned ‘administrative’ status. As such, they will continue to receive uninterrupted service from the company and the company will perform all of its duties and obligations under its current and future charter parties.

“The company, through its management agents is, or will be, in contact with many of its customers and vendors, who have pledged to support the company through its reorganization by continuing to perform under normal operations.