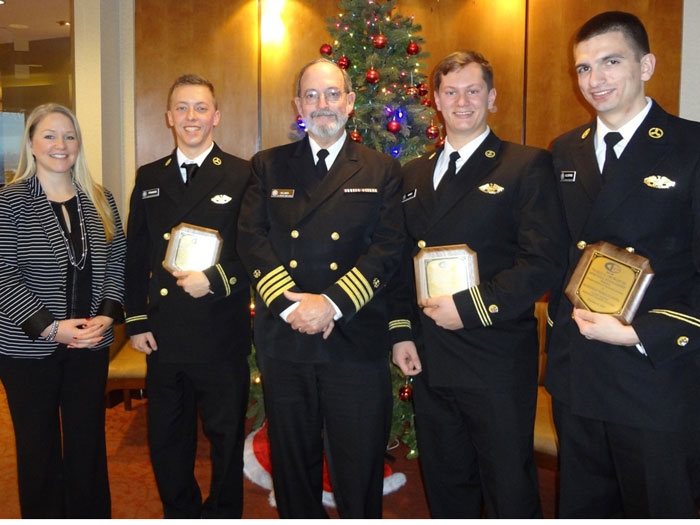 Crowley’s Jenny Terpenning, marine recruiter, presented the scholarships to the recipients at the event.

Recipient Michael Francis is a first class midshipman studying marine systems engineering with a concentration in nuclear engineering at the academy. He has spent 300 days at sea as an engine cadet and has sailed onboard M/V Green Point, S.S. Chemical Pioneer, USNS Guadalupe and the M/V Cape Horn. Mr. Francis has also worked on a particle accelerator at Los Alamos National Laboratory as part of the Service Academy Research Associates Program.

After graduation, he plans to begin his career in the maritime industry as a third assistant engineer and attend graduate school to obtain a master’s degree in engineering.

Midshipman Thomas Kloepfer from Amityville, NY, is studying marine engineering systems with a minor in electrical engineering. He is active at the waterfront with the U.S. Power Squadron, a non-profit educational organization whose mission is to improve maritime safety and enjoyability through classes in seamanship, navigation and other related subjects. He is also a midshipman tutor and frequently helps his classmates and underclassmen with math and science courses. During his sea year, Kloepfer sailed aboard the M/V ARC Endurance, M/V APL Belgium and S.S. Horizon Spirit.

After graduation in 2016, he plans to go to sea and eventually become a chief engineer.

Joshua Asaro, from Florissant, MO, is completing his final year of studies. During his time at the academy, he has been involved in the regiment. He filled billets as team leader, squad leader and petty officer before his appointment to regimental training vessel chief mate and later, regimental protocol officer. He sailed on the M/V Maersk Utah, M/V Green Point and the USNS Rainier as a cadet.

He says he is eager to begin putting his skills to work as a seagoing officer after graduation.

Since 1984, Crowley has provided more than $3 million dollars in scholarship funding for more than 1,000 students studying at maritime academies and other select institutions in the U.S., Puerto Rico and Central America. In 1994, Crowley Chairman and CEO, Tom Crowley Jr., established the Thomas B. Crowley Sr. Memorial Scholarship Program, in honor of his father, and has also donated more than $2 million to support other educational programs. 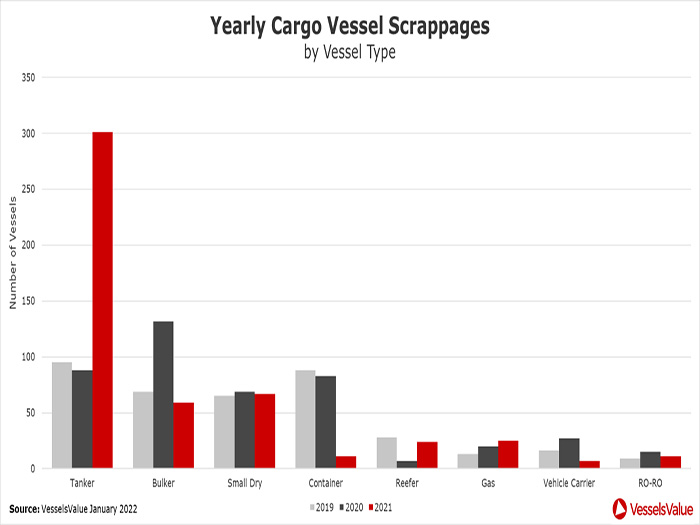