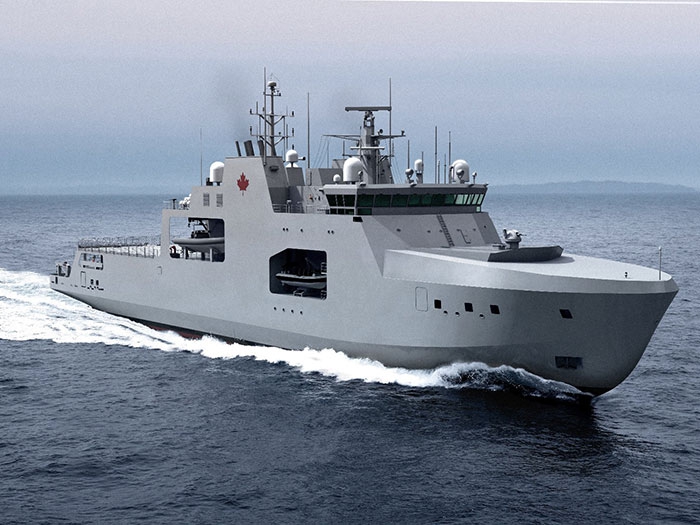 AUGUST 17, 2017 — The Government of Canada is awarding a contract for in-service support of the Arctic and Offshore Patrol Ships (AOPS) and Joint Support Ships (JSS) to a joint venture of Thales Canada Inc. and Thales Australia Ltd.

The contract is for an initial service period of eight years, estimated at $800 million (excluding taxes), with options to extend services for up to 35 years, for an estimated total of $5.2 billion (excluding taxes) for the life cycle of the vessels, and covers in‑service support, including refit, repair and maintenance and training for the two ship types which are being built under Canada’s National Shipbuilding Strategy.

Up to six AOPS will be built by Irving Shipbuilding. The delivery of the first vessel to the Royal Canadian Navy is scheduled for 2018.

There will be two JSS vessels built by Seaspan’s Vancouver Shipyards. The delivery of the first vessel to the Royal Canadian Navy is scheduled for 2021.

The contract award follows an open and transparent procurement process that employed many modern approaches including regular and ongoing engagement with industry. Today’s announcement will ensure Canada is ready to support the vessels once they are delivered, while supporting the long-term growth of the marine sector in Canada.

The in-service support work required to support and maintain the AOPS and JSS under this contract is to be carried out in Canada, unless a ship requires work maintenance while overseas.