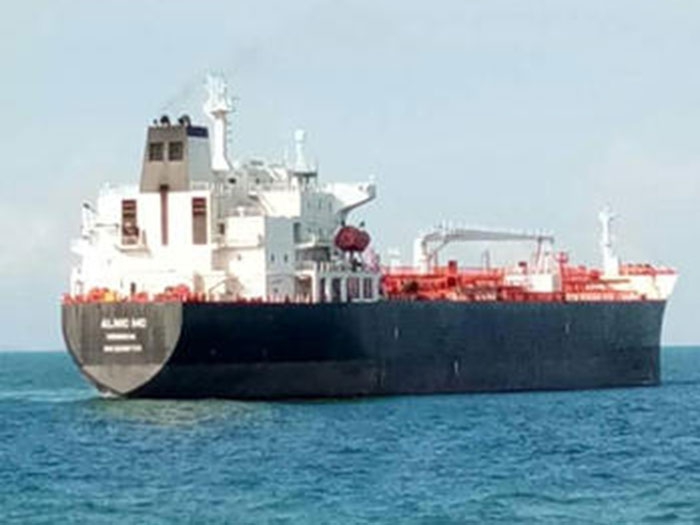 AUGUST 21, 2017 — In a statement released today, Athens headquartered Stealth Maritime Corporation confirmed that its managed tanker vessel the Alnic MC (IMO: 9396725 Liberian Flag) was involved in a collision with the U.S Navy vessel USS John S McCain off the coast of Singapore at 05:20 Singapore Time on, 21st August, 2017.

As a result of the collision, said Stealth Maritime, Alnic MC sustained a gash to the starboard side of the bow above the waterline, there were no injuries to crew and no reported pollution of the Singapore Strait. The vessel is now safely anchored off Singapore for assessment.

The Alnic MC had been transiting from Mai Liao in Taiwan to Singapore with a partial load of 12,000MT of fuel oil at the time of the incident.

Stealth Maritime Corporation says it is cooperating fully with the Maritime Port Authority of Singapore(MPA) and the Transport Safety Investigation Bureau (TSIB) in their investigations into the collision.

“Our thoughts and prayers are with the families of the missing U.S. Navy sailors and we hope the injured personnel make a speedy and full recovery,” the statement concluded..