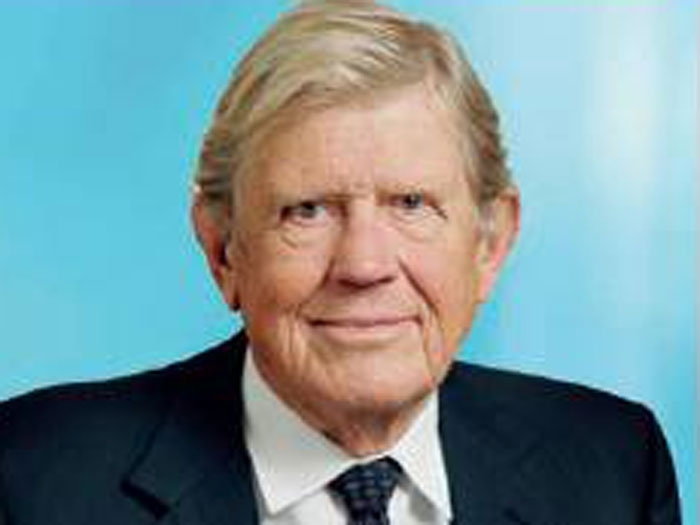 FEBRUARY 15, 2015 — The Board of Directors of Stolt-Nielsen reports that Jacob Stolt-Nielsen, 83, passed away today in the company of his family at his home in Oslo. “Our condolences to the family and all those who were touched in life by this extraordinary man,” said the statement from the board, which continues;

“An entrepreneur and visionary of boundless enthusiasm and energy, Jacob Stolt-Nielsen founded Parcel Tankers, Inc. in 1959 and pioneered the global trade for liquid chemicals, ultimately building what is today the world’s largest chemical tanker company, Stolt Tankers. In 1971, he founded Stolthaven Terminals, which today operates 20 bulk-liquid storage facilities worldwide. In 1972, he founded Stolt Sea Farm, a pioneer in salmon farming, which is recognised today as a leader in high-tech aquaculture, focusing on sole, turbot and sturgeon for caviar. A year later, in 1973, he established Stolt-Nielsen Seaway A/S to provide diving and subsea services to the offshore oil and gas industry in the North Sea, an operation that later evolved into Stolt Offshore, a billion dollar company, now part of Subsea 7. In 1982, he founded Stolt Tank Containers, now the world’s largest tank container operator. He was a co-founder and the first chairman of Det Norske Oljeselskap (DNO).

“Stolt-Nielsen Limited today employs more than 5,000 people in 42 offices around the world.