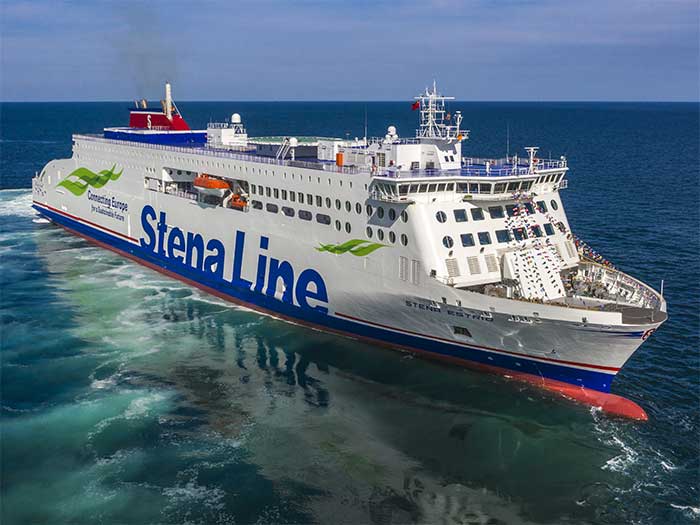 Stena Estrid, the first of five vessels being built in China for European giant Stena Lines, has successfully completed three days of sea trials in China’s Yellow Sea. After performing well in a range of stringent tests, she is now on schedule to start operating on the Irish Sea from Dublin to Holyhead route in early 2020.

Stena Estrid is the first of five new Stena Line next generation RoPax vessels that are being constructed at the AVIC Weihai Shipyard in China, three of which will be introduced on the company’s Irish Sea routes from Dublin to Holyhead and Belfast to Liverpool. Sister ship Stena Edda is due to commence operations from Belfast to Liverpool in spring 2020, with the third vessel Stena Embla expected to be introduced on the same route in early 2021.

The sea trials are designed to ensure that all systems are fully operational and in line with strict specifications outlined by Stena Line, including areas such as engine performance and fuel consumption, navigation and radio equipment, emergency systems, speed tests, manoeuvrability, engine and thruster tests, and safety tests.

“Today the first of our five next generation ferries achieved a very important milestone. Sea trials are a critical phase in a new ship’s development, as our first opportunity to take a new vessel out to sea, put her through her paces and test that she is up to the high standards required by Stena Line,” said Paul Grant, Chief Commercial Officer, Irish Sea and North Sea at Stena Line.

“We systematically go through all aspects of the new ship and I am pleased to say that Stena Estrid has successfully completed every trial. We now look forward to the full handover of the vessel by the shipyard and to starting her journey to the Irish Sea,” he added.