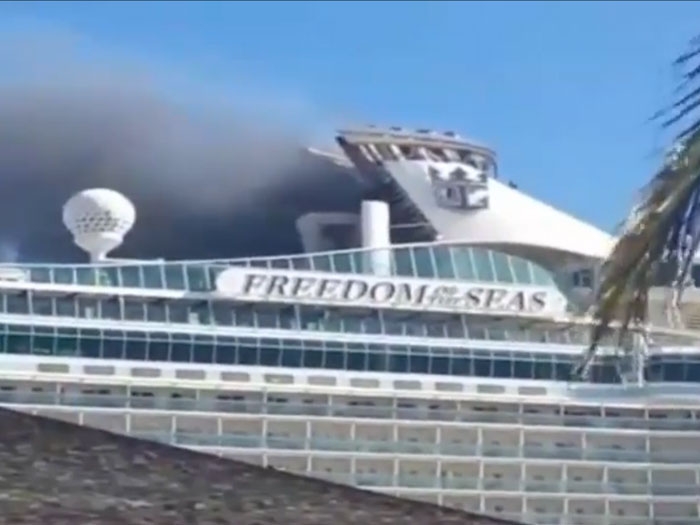 Pictures of smoke from fire were soon all overTwitter

JULY 23, 2015 — These days, everyone with a cell phone is a videographer, so what looks to have been a minor fire aboard a cruise ship was all over the network news shows this morning.

Royal Caribbean says that as its Freedom of the Seas was entering Falmouth, Jamaica, Wednesday morning it experienced a brief fire.

According to the company the fire, which took place in a mechanical room, was rapidly contained and extinguished.

Though one crew member was treated for first degree burns, there were no casualties among the 4,454 passengers aboard.

Passengers were called to their muster stations “in an abundance of caution,” but by 1.00 PM they were free to go ashore in Falmouth.

Subsequently the cruise resumed its itinerary as scheduled, with its next stop George Town, Grand Cayman, today.

The cause of the fire is still under investigation.