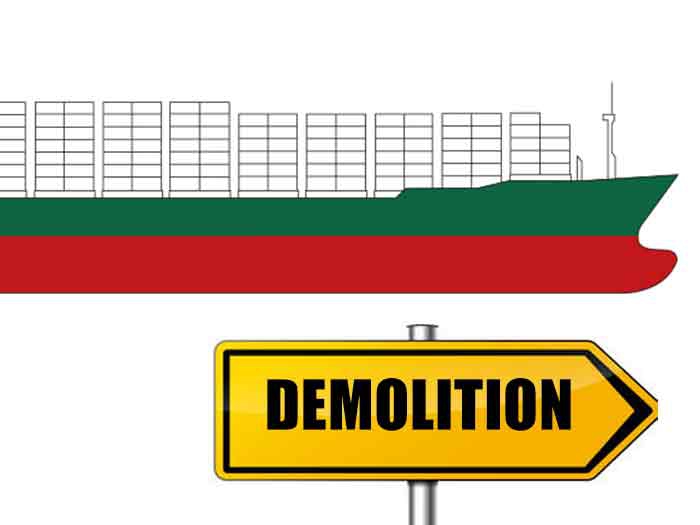 NOVEMBER 24, 2016 — The youngest ever containership has been sent for demolition by Rickmers Marine Trust. The vessel was India Rickmers, a seven year panamax boxship (4,250 TEU), delivered in 2009 by Jiangsu Yangzijiang Shipyard, China

Vessel Values says she is valued just above scrap at $5.87 million and that in 2016 the vessel fell 62% in value. This year the average change in value in the containership sector is -26%, to put this figure in perspective.

The main reason for this, says Vessel Values, is that these vessels are becoming defunct now that the Panama Canal has been widened. Since two years before the first transit of the new locks which happened a couple of months ago, 2009 built Panamax containers dropped in value by two thirds.