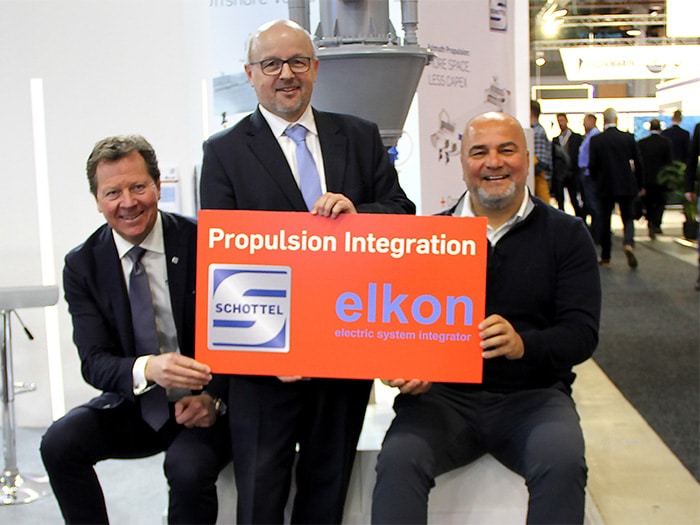 The takeover is expected to take effect later this spring, following a review by antitrust authorities.

Schottel says that partnering with Elkon positions it for strategic growth.

“We will expand our portfolio to include everything regarding generation, distribution, storage and management of electrical energy on board of vessels.” says Stefan Kaul, CEO of Schottel GmbH. “Schottel will becomes a complete system supplier for electrical and green propulsion.”

Both companies now offer energy-efficient propulsion concepts, hybridization and electrification in a complementary way. There is a particular overlap in the field of propulsion hybridization in the newbuild and conversion business. Schottel says that customers can continue to benefit from the usual agile, professional and independent services of both companies in the market. The advantage for customers lies in the expansion of both portfolios and the possible commissioning of turnkey solutions for propulsion systems and system integration. On both sides, the option to integrate respective market partners remains available.

“In the past, Schottel and Elkon have already been contracted independently of each other in projects on several occasions,” says Ertuğ Yaşar, managing director at Elkon. “They involved virtually every possible vessel type, from tugs and ferries to offshore vessels. Both companies thus play an important role in the customers’ decision-making process. In the longer term, they will benefit from each other and further develop, especially towards Green Propulsion.”

Elkon will take an important leap forward in internationalization, benefiting from the global reach of the Schottel network.

“Both companies are among the competence leaders in their respective areas of influence – a position they have earned through decades of reliability and a keen focus on customer interests,” says Andreas Block, general manager of Schottel Industries GmbH. “The focus is now on combining the competences in the long term and in letting them unfold in a financially strong environment, in order to ideally cover the future requirements.”