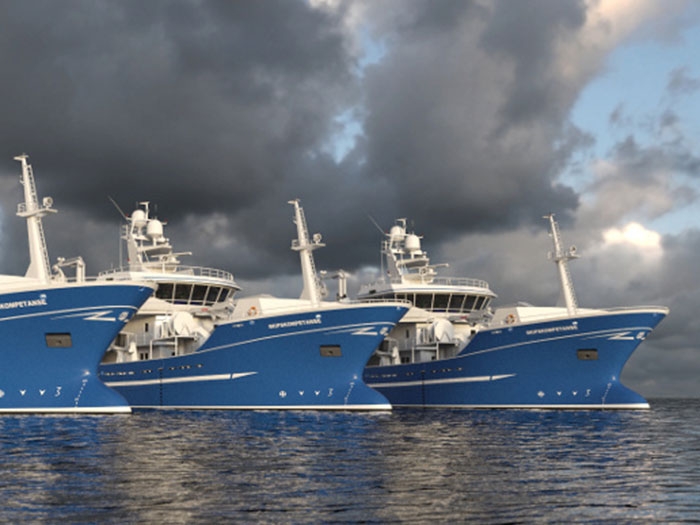 JUNE 16, 2016 — Scana Propulsion has signed a contract with AO Shipyard Yantar, Kalingrad, Russia, to deliver propulsion and maneuvering systems for three fishing vessels on order for VI Lenin Collective Farm Fishing, Petropavlovsk, Russia, that are being built to design by Skipskompetanse, a Norwegian company with special expertise in technology and design of fishing vessels.

The 50 m x 12 m vessels will be built to Russian ice class requirements and will have RSW capacity of 800 cu.m.

All three shipsets will be delivered from Scana Propulsions plant in Norway by end June 2017.

Scana Propulsion has also signed contracts with Pon Power in Norway for gearboxes to two pelagic trawlers to be built at Karstensens Shipyard in Denmark.T

he delivery from Scana Propulsion is part of a total propulsion package consisting of MaK engine, Cat Propulsion propeller and Scana gearbox.

The vessels are of Karstensens design, for the shipowners Themis Fishing Co located in Tyborøn, and Astrid Fiskeri AS located in Skagen, both in Denmark.

The total value of the contracts is NOK 35 million.