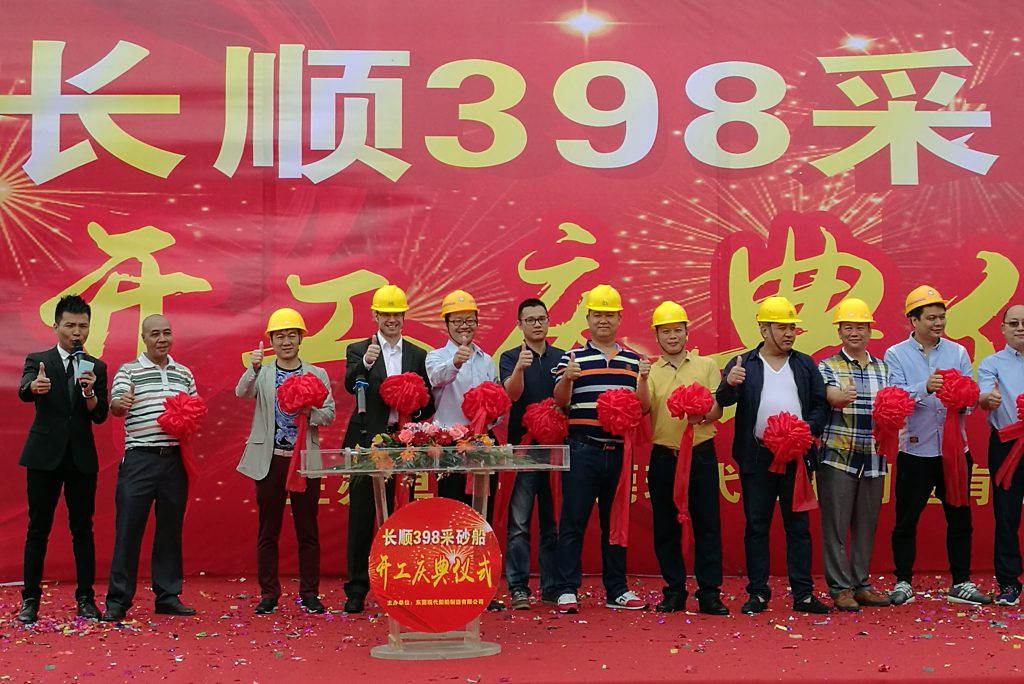 NOVEMBER 4, 2016 — A large new sand pumping vessel being built for a private ownerat China’s Dongguan Xiandai Shipbuilding is to be powered by two 16-cylinder Wärtsilä 32 engines.

The customer has a leading position as an innovator within the Chinese sand pumping vessel market and the Wärtsilä 32 engines will be the largest ever to be installed in this type of ship in China, which will enable the company to extend its operations into deeper waters.

The engines are being supplied by Wärtsilä Yuchai Engine Company (WYEC), a 50/50 joint venture between Wärtsilä and Yuchai Marine Power Co. Ltd. (YCMP), a subsidiary of Guangxi Yuchai Group.

The main reasons cited for selecting the Wärtsilä engines were their advanced technology, fuel efficiency and operational reliability. Wärtsilä’s capability to provide 24/7 service support in the South China Sea was another factor in the award of the contract.

“This is an important order that will strengthen WYEC’s position in China’s marine industry. Our modern production facilities enable us to meet the needs of the most demanding marine customers,” says Tapani Karinkanta, Managing Director, WYEC.

“We are expanding our sand pumping business by developing the ability to work in deeper waters than was previously possible. For this we need bigger ships with strong and reliable engines. We are therefore pleased to have WYEC as a partner in this important newbuild project,” says Mr. Mai Xiwen, the owner of the new vessel.

The Wärtsilä engines are scheduled for delivery by mid 2017, and the ship is expected to begin operations in May 2018.

A ceremony marking the start of construction was held on October 21, and was attended by management and sales personnel from WYEC.