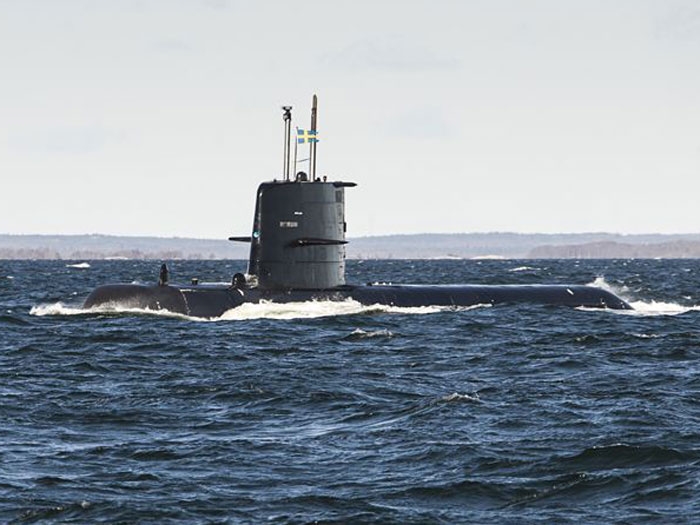 SEPTEMBER 29, 2014 — Saab has received an order from the Swedish Defence Materiel Administration (FMV) to overhaul the submarine HMS Halland. The order covers the period 2014-2015 and is valued at SEK 130 million. The order is part of a letter of intent regarding the Swedish armed forces’ underwater capability that was announced on June 9, 2014.

Work based on the order will be carried during 2014 and 2015 at the Saab Kockums shipyard in Karlskrona. Saab Kockums is now a business unit within Saab’s business area Security and Defence Solutions following its acquisition of Thyssen Krupp Marine Systems AB and restoration of the yard’s historic Kockums branding as Saab Kockums,

The overhaul includes all the necessary measures to ensure the submarine’s operational availability. According to HMS Halland’s standard maintenance plan this type of overhaul is conducted every six years. One provision of the contract is to define future needs for maintenance, which could result in additional work being contracted separately during the period.

“Maintenance of Swedish surface vessels and submarines is an important part of our ongoing business. It is also important to ensure the customer’s long term operational capability,” says Gunilla Fransson, head of Saab’s business area Security and Defence Solutions.

The Halland is one of three Kockums Gotland class submarines in service with the Swedish Navy. The Gotland class was the world’s first submarine class in operation with a Stiring air independent propulsion (AIP) system.