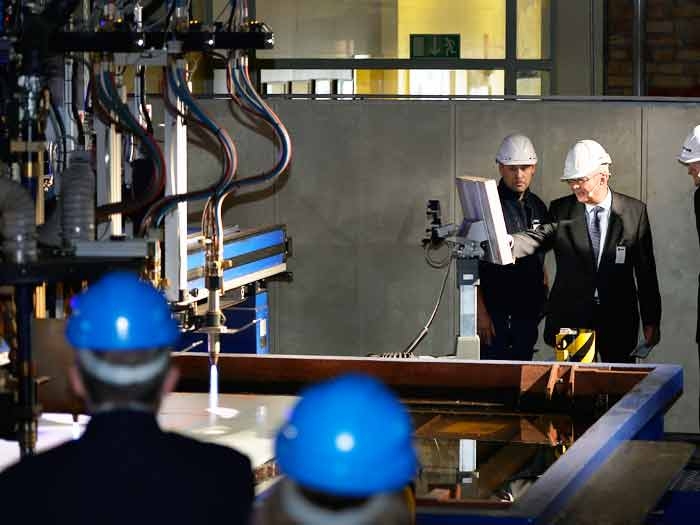 Kockums says the A26 has the ability to perform in all oceans and across a broad spectrum of conflict environments. A unique A26 design feature is a Multi Mission Portal for the launch and retrieval of a mix of mission payloads such as manned and unmanned vehicles.

"We have left the design phase behind and begun construction of the A26, a pillar of Sweden's future naval defence," says Gunnar Wieslander, head of Saab's business unit Saab Kockums. "The A26 is a new standard bearer; a step forward in the Swedish tradition of modular design and building, it ensures maximum operational effectiveness with a lower lifecycle cost. With the A26 you can always adapt the submarine to the mission in hand. Now that production has started it is a clear signal to other potential customers around the world that Saab is ready to deliver to them as well."

The first two A26 submarines are being built under contracts worth a total SEK 7.6 billion placed by the Swedish Defense Material Administration in June this year. The first boat will be delivered in 2022.

The submarines will be powered by conventional diesel-electric propulsion machinery and equipped with the Kockums Stirling AIP (air-independent propulsion) system, making them stealthy and difficult to detect.

SEPTEMBER 15, 2015 —The construction phase for the Swedish Navy’s A26 next-generation submarine has officially begun. On September 4, the first steel for the new vessel was cut at the Saab Kockums shipyard in Karlskrona, Sweden, marking a key milestone for the program.