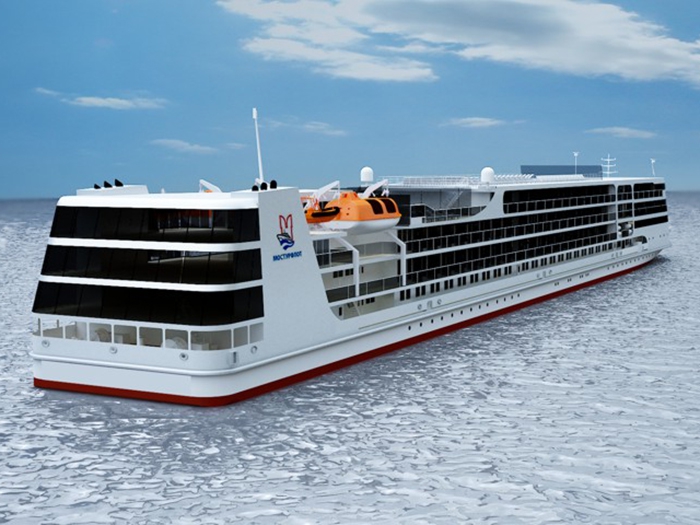 Built to Russian Maritime Register class + M 3,0 (ice 30), the ship can be operated in sea and coastal areas, as well as on the Ladoga and Onega lakes with waves of up to 3 meters high..

“We are beginning the construction of a passenger ship which will feature a very high, I would say, unprecedented for today’s Russia, level of advanced technologies and innovations,” said Nikolai Zharkov, Director General of Krasnoye Sormovo shipyard. “Today, our company holds the leading position in the country in terms of the tonnage of delivered cargo ships. We were the first to build Russia’s most advanced dredges. Now, Krasnoye Sormovo is among the first shipyards entrusted to build passenger ships for river tourism routes. I am sure, Krasnoye Sormovo shipbuilders will fully justify this confidence.”

Krasnoye Sormovo PJSC is one of the oldest shipbuilding companies in Russia, founded in 1849. Its deliveries have included more than three hundred submarines and rescue vehicles including 25 nuclear ones.Today the shipyard specializes in commercial vessels meeting the latest requirements of international convention.