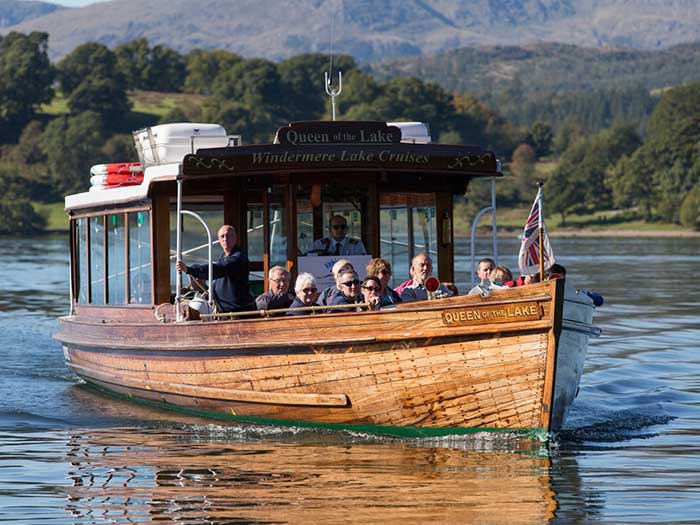 The Queen of the Lake

JULY 24, 2017 — The Queen of the Lake, a traditional wooden launch built in 1949, is one of two well-known passenger service vessels operating at a leading British tourist destination that have been repowered as part of a regular maintenance program.

Royston Power Generation, a long established and authorized Volvo Penta center has supplied and installed new engines for the two diesel motor vessels, which are operated by Windermere Lake Cruises.

Royston has repowered the Queen of the Lake with a new Volvo D5 engine, replacing an old Gardner engine. In the larger and more modern Cumbria III waterbus, a new Volvo D7 series engine has upgraded and replaced the existing Volvo MD100 engine.

The five liter D5 and seven liter D7 marine diesel engines are specifically designed for heavy and medium-heavy commercial workboats and marine auxiliary systems. The D5 is an in-line four cylinder engine and the D7 is an in-line six cylinder model.

The repowering work was supervised by one of Royston’s Volvo Penta-trained lead engineers with assistance from two in-house maintenance engineers from the cruise operating company.

As well as replacing the engines, the work also involved lowering the engine bed and fitting an aquadrive, bilge pump and exhaust system.

On the Queen of the Lake, deck surfaces were also removed and replaced as part of the vessel refurbishment.

John Woodburn, operations director of Windermere Lake Cruises, said: “We need to ensure that our passenger vessels perform reliably and efficiently at all times. The replacement of engines is a complex task and is something that needs to be managed carefully in line with our operational needs.

“We value the long standing relationship we have developed with Royston and their ability to ensure that this vital work is performed with minimum disruption and maximum technical expertise.”

Operating in the heart of the Lake District on the U.K.’s largest lake, the two vessels are part of a fleet of 16 vessels operated by Windermere Lake Cruises. During 2016 the company provided lake transport for 1.5 million passenger journeys, with visitors from 30 countries around the world.