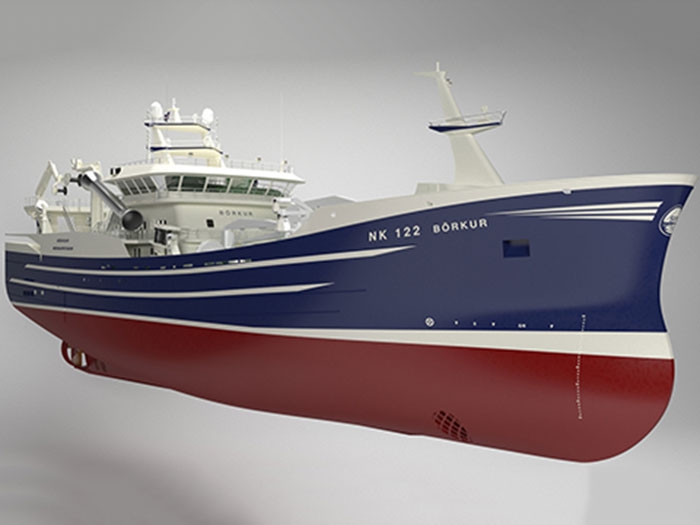 Rolls-Royce Commercial Marine has been selected to deliver an extensive package of ship equipment to both ships,

Karstensen Shipyard says it is delighted with the new contract, which not only underscores the shipyard’s position as a prime designer and builder of larger pelagic fishing vessels, but is also a major breakthrough in the Icelandic market.

The list of Rolls-Royce equipment specified for the two identical vessels comprises:

Asbjørn Skaro, Director Systems & Deck Machinery – Rolls-Royce Commercial Marine, said: “We are proud to be selected once again as a key supplier to the advanced Icelandic fishing industry. The Danish Karstensen shipyard is an experienced builder of this kind of tonnage, and the two trawlers will be equipped with advanced and energy efficient systems developed for operations in a harsh environment.”