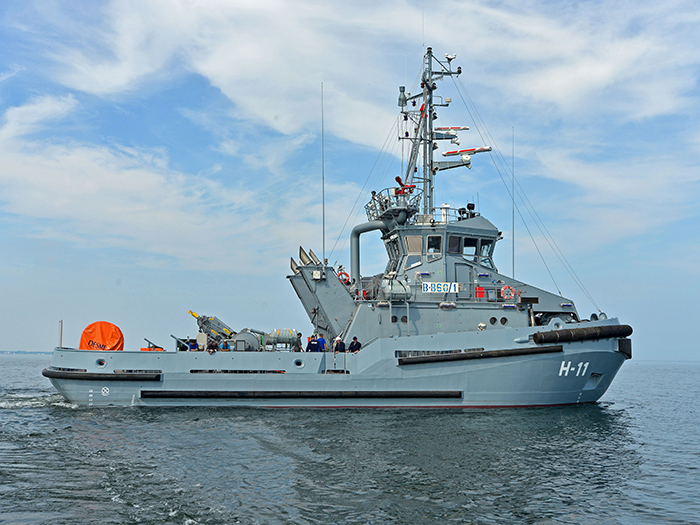 Bolko, the first of a total of six multi-role ASD tugs to be built for the Polish Navy by the Remontowa Shipyard in Poland has recently been delivered, A further five tugs in the series are scheduled for delivery in the near future.

They will be used for military and logistic operations support at sea and in ports.

The propulsion system in each tug consists of two ice-classed Schottel Rudderpropellers type SRP 360 with 2.0 meter fixed pitch propellers. Each thruster is driven by an MTU 12V 4000 engine delivering a power of 1,193 kW to give the tugs a bollard pull of up to 35 tonnes and a free-running speed of 12 knots.

The tugs have FSIC IA ice class reinforcement enabling their deployment in the Baltic Sea at any time of the year.

Operation in regions where ice is present places special demands on propulsion systems. Over the years, Schottel has built up a large body of experience in this field. Today, it offers a series of ice-class-strengthened azimuth thrusters up to Finnish-Swedish ice class IA Super.