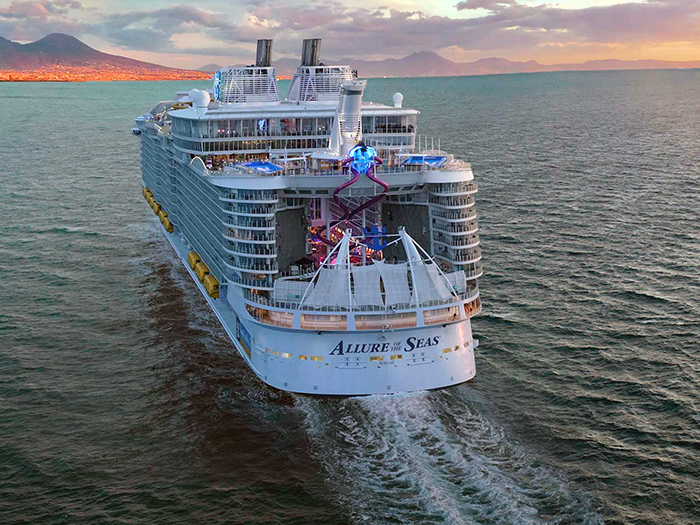 Royal Caribbean is having to change more than 30 itineraries involving several ships due to propulsion problems affecting Allure of the Seas. Here’s what the cruise line said in an email sent to guests with cruises scheduled on Oasis of the Seas.

Our sister ship, Allure of the Seas, has a technical limitation which lowers her maximum speed. Over the past few weeks, we’ve been working feverishly to find alternate ports for Allure’s sailings. Now you’re probably wondering, “what does this have to do with my cruise?” Well, since we had to change Allure’s itineraries, some ports will now have more ships than originally planned. So, to ensure you have a wonderful time in each destination with less crowding, we’ve rearranged the order we’ll visit each port.

According to some travel industry websites, in other emails, Royal Caribbean has been more specific: “The itinerary modifications were due to a technical limitation on one of the ship’s propulsion pods which lowers the maximum speed,” it said in an email to another passenger affected by the itinerary changes.

If this sounds like “déjà vu all over again,” Carnival Cruises faced similar problems with Carnival Vista that forced it to transport the ship on the heavylift ship Boka Vanguard to Grand Bahama Shipyard — where the largest dry dock is still out of service after being damaged in a crane collapse earlier this year. Once at the shipyard, Boka Vanguard served as a temporary dry dock (see earlier story).