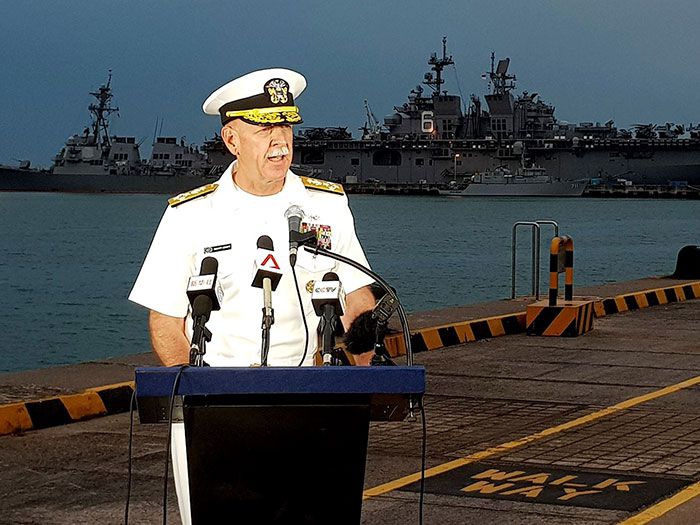 SEPTEMBER 26, 2017 — Admiral Scott Swift, Commander of U.S. Pacific Fleet since 2015, has been passed over for promotion to the more senior post of Commander, U.S. Pacific Command and has submitted a request to retire.

In a posting on his Facebook page, Admiral Swift said:

I have been informed by the Chief of Naval Operations that I will not be his nominee to replace Adm. Harris as the Commander, U.S. Pacific Command. In keeping with tradition and in loyalty to the Navy, I have submitted my request to retire. I do so with great appreciation and gratitude for the honor of having served so many Sailors and their families for what will be 40 years in January.

Submitting this request now is done with an abundance of respect and admiration for the CNO and his leadership, as well as for the Chairman and Secretary of Defense as both of them face the challenge of selecting someone to step into the leadership role Adm. Harris has filled with such distinction over the last three years.

I have not requested a retirement date as there is much work to be done here in the Pacific area of responsibility.

Whether my timeline of remaining service is six weeks or six months, I will fill that time with the energy of an Ensign and the wisdom drawn from the 140,000 Sailors who report for duty every morning in the Pacific Fleet.