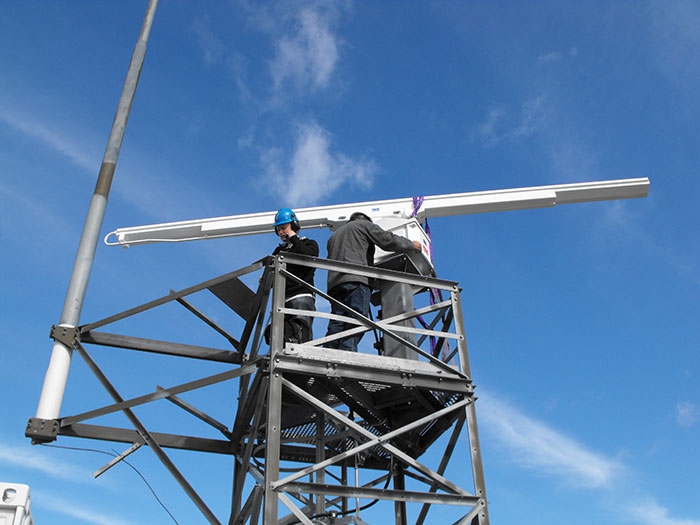 MAY 11, 2018 – Kongsberg Norcontrol has signed a framework agreement with the Norwegian Coastal Administration for delivery, operations and maintenance of radars to the maritime traffic service. The agreement has a potential total value of up to NOK 250 million (about $32 million) and a duration of up to eleven years.

This is among the largest framework agreements the Norwegian Coastal Administration has entered into with a single supplier.

The framework agreement facilitates the technical extension of the maritime traffic service area’s service areas in the years to come, including in Western Norway, where the service area will be expanded by 2022 to apply the area from Fedje to Kristiansund.

In addition to maintenance and renewal of current radars, Kongsberg Norcontrol will deliver new radars in the period 2018-2027. In addition, there may be a need for even more new radars for the monitoring of traffic at the Stad ship tunnel.

“The Ministry of Transport and Communications has assigned us to expand the service area for our maritime traffic service, and this framework agreement is an important step in achieving this. The agreement gives us access to modern radars with good performance,” says Arve Dimmen, Director of Maritime Safety at the Norwegian Coastal Administration.

Kongsberg Norcontrol is one of the world’s largest and leading system integrators. The company delivers systems integrating sensors developed by different suppliers in a system that is used in the maritime traffic service.

“We are both proud and humble that we are a supplier to the Norwegian Coastal Administration contributing them to reach their vision of developing the Norwegian coast as the world’s safest and cleanest,” says Per-Erik Kristoffersen, President of Kongsberg Norcontrol.