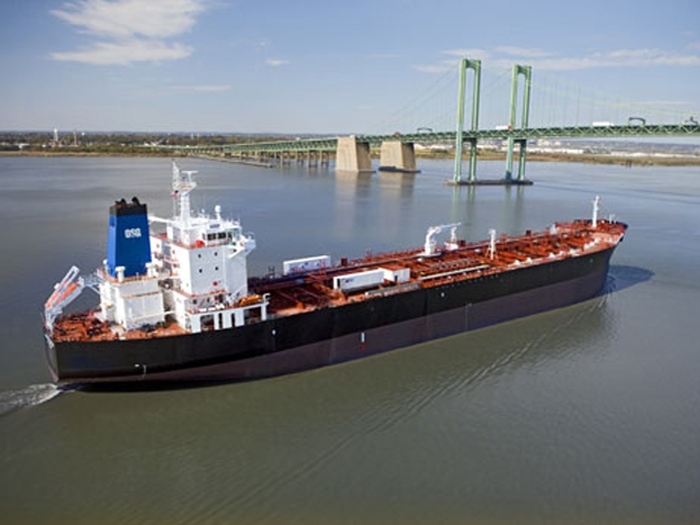 DECEMBER 22, 2016—As of December 29, Overseas Shipholding Group, Inc. (NYSE:OSG) announced that Samuel H. Norton will become company President and CEO, succeeding Ian T. Blackley, who will retire from the dual role on the same date. Blackley will also retire as a Director from the company’s board.

Norton brings to the role over 25 years’ experience in the technical, operational, and commercial aspects of the shipping business. He has served as Senior Vice President of OSG and President and CEO of the company’s U.S. Flag Strategic Business Unit since July 2016, and has served on OSG’s Board of Directors since August 2014.

“We are pleased to have someone of Sam’s caliber assume the leadership of OSG,” says OSG Chairman Douglas D. Wheat. “His deep shipping background and track record of building businesses and orchestrating development projects around the world will serve him well as he focuses on the strategic priorities facing OSG today.”

Prior to being with OSG, Norton co-founded in 2006 SeaChange Maritime, LLC, an owner and operator of containerships, and has served as its CEO since its inception. He spent the 17-year period ended July 2005 as a senior executive officer at Tanker Pacific Management (Singapore) Pte. Ltd. In 1995, he initiated and led the entry of the Sammy Ofer Group into the container segment, and acquired and operated the first container vessels in the group’s fleet. While at Tanker Pacific, he also conceived and started a related business, Tanker Pacific Offshore Terminals, which owns and operates a fleet of floating, offshore oil storage terminals. Prior to joining the Ofer group, he played a lead role in the Asian distressed assets group of the First National Bank of Boston, a position which acquainted him with the shipping industry and the Ofer family. He holds a B.A. in Chinese Language and Literature from Dartmouth College where he graduated in 1981.

“It is an honor and a privilege to lead OSG at this very exciting time,” says Norton (shown in photo at right). “OSG is a leading U.S Flag shipping company with a trusted operating franchise and proven track record of safe,
reliable, and efficient operations. OSG’s leading and diversified portfolio in the Jones Act market and strong financial profile position us to build on the Company’s strengths, address future growth opportunities and drive shareholder value.”

Other OSG promotions include the appointment of Patrick J. O’Halloran as Vice President and COO, with oversight of all operations, maintenance, SQE and commercial operations for the OSG fleet. Damon Mote was also appointed to serve as Vice President and Chief Administrative Officer, with oversight of the company’s marine labor relations, human resources, and insurance.

“I have every confidence in Patrick and Damon in their enhanced roles, and that they will continue to contribute to our ongoing success,” says Norton. “Both have brought a wealth of experience and knowledge to their roles and have demonstrated their commitment to OSG during their tenure here. We are fortunate to have them expand their responsibilities and expertise to more areas of the organization.”

O’Halloran (shown at left) has served as VP Marine Operations of OSG since December 2014, overseeing all operations and maintenance activities for OSG’s Fleet. O’Halloran joined OSG in 2002 as Technical Superintendent. He was promoted to Fleet Manager in 2006. Prior to joining OSG, O’Halloran was a Surveyor for the American Bureau of Shipping for ten years. O’Halloran holds a Bachelor of Science degree in Mechanical Engineering from State University of New York – Maritime College and a Master’s in Business Administration from the University of South Florida. He sits on the Board of Directors for Alaska Tanker Company and the Chamber of Shipping of America.

Mote (shown lower right) served as the VP of Marine Labor Relations since December 2014. This position has overall responsibilities for the crewing, negotiations and management of the Collective Bargaining Agreements, and acts as OSG’s representative on three Union Plans Board of Trustees. He joined OSG in 2004 as Manager, Major Projects and then served as Director, New Construction in 2006. In 2011, he served as the Regional Manager of the Technical Services Group which included responsibilities for engineering, purchasing, and the fleet management software system (ABS Nautical Systems). Prior to joining OSG, he worked for 14 years with Crowley Maritime with the last position held as Engineering Manager. He holds a B.S. in Marine Engineering from California Maritime Academy.