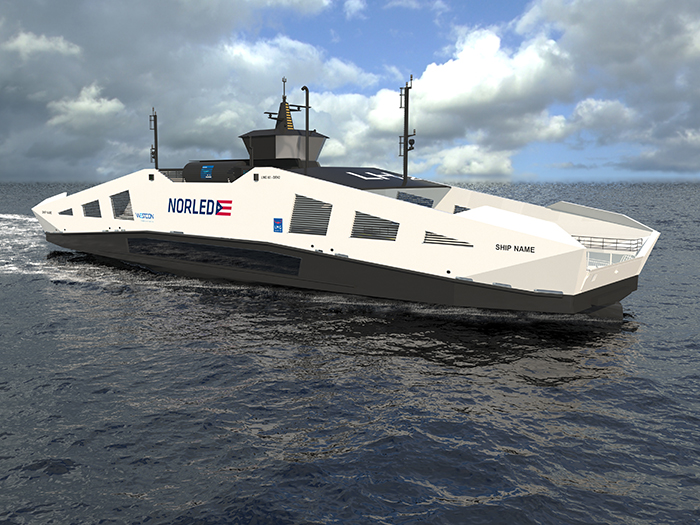 Ferries are being built to an LMG Marin design

Green ferry pioneer Norled has commissioned the Westcon shipyard in Ølen, Norway, to build two new ferries — one of which will be the world’s first hydrogen fuel cell powered car ferry, while the other will be an all electric, battery powered vessel.

The ferries will each have a capacity of 299 passengers and 80 cars and are being built to a design by Bergen, Norway, headquartered LMG Marin, a subsidiary of Singapore’s Sembcorp Marine.

“We believe that this construction project will contribute to the Norwegian maritime sector as a whole being at the forefront of hydrogen-powered ferries,” says Norled technical director Sigvald Breivik.

The ferries will each have a capacity of 299 passengers and 80 cars. They are set to start operating in 2021 under a Norwegian Public Roads Administration contract linking Hjelmeland – Skipavik – Nesvik,

Construction of the hydrogen powered ferry is being supported by the EU’s FLAGSHIPS innovation project in tandem with a project that will see France’s Compagnie Fluviale de Transport build a hydrogen powered inland waterways pushboat (see earlier story).