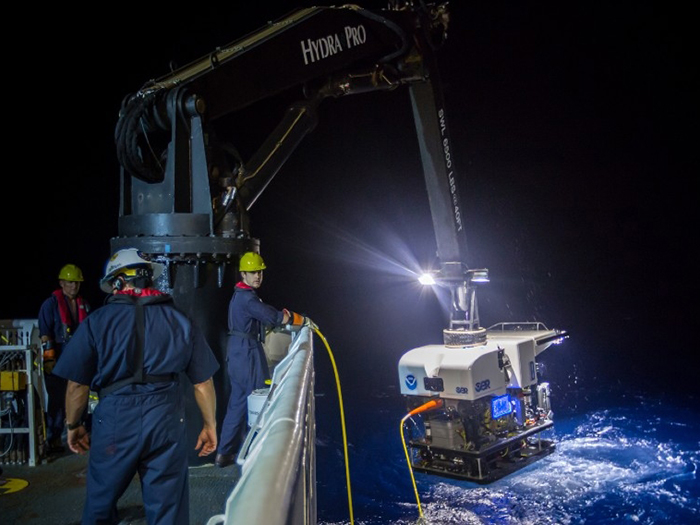 Two new ships to be built for NOAA will greatly enhance the agency’s ocean exploration and scientific research capabilities. In this photo, a remotely operated vehicle is brought aboard NOAA Ship Okeanos Explorer. (Image: NOAA)

NOAA — the National Oceanic and Atmospheric Administration — is in the process of acquiring two new oceanographic ships as part of its fleet rebuilding effort. Once in service, the new ships will support a wide variety of missions, ranging from general oceanographic research and exploration to marine life, climate and ocean ecosystem studies.

Design of the vessels is currently underway and NOAA expects to award contracts for the construction of the ships by the end of the year. Both will be built in the United States and construction timelines and target launch dates for the vessels will be determined after the shipbuilding contracts have been awarded.

“When completed, these new state-of-the-art ships will be vital for collecting high-quality data and leading scientific discoveries,” said Neil Jacobs, Ph.D., acting NOAA administrator. “The science missions aboard these vessels promise to push the boundaries of what is known about our still largely undiscovered ocean.”

The first ship, to be named Oceanographer, will be homeported in Honolulu. The second ship, to be named Discoverer, will be assigned a homeport at a future date. Both ships will continue the legacies of their namesakes, the first Oceanographer having served in the agency’s fleet from 1966 to 1996 and her sister ship, Discoverer, from 1967 to 1996.

“The acquisition represents a major step forward in the recapitalization of NOAA’s ship fleet and will help ensure that the agency has the seagoing capability to collect the best information possible about the marine environment,” said Rear Adm. Michael J. Silah, director of the NOAA Commissioned Officer Corps and NOAA Office of Marine and Aviation Operations (OMAO). 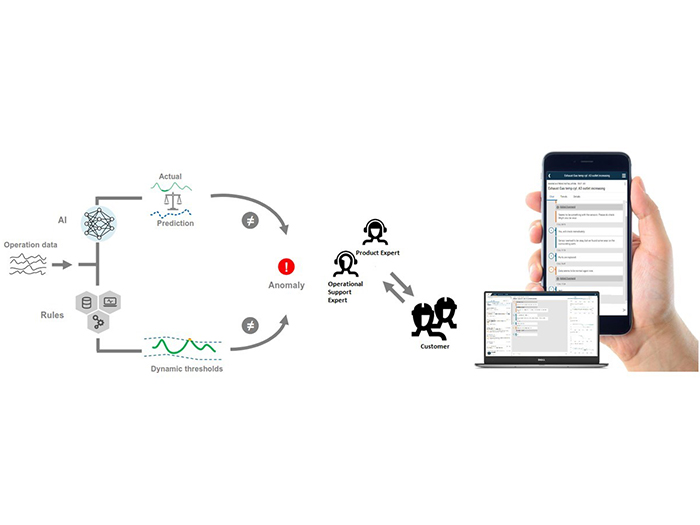