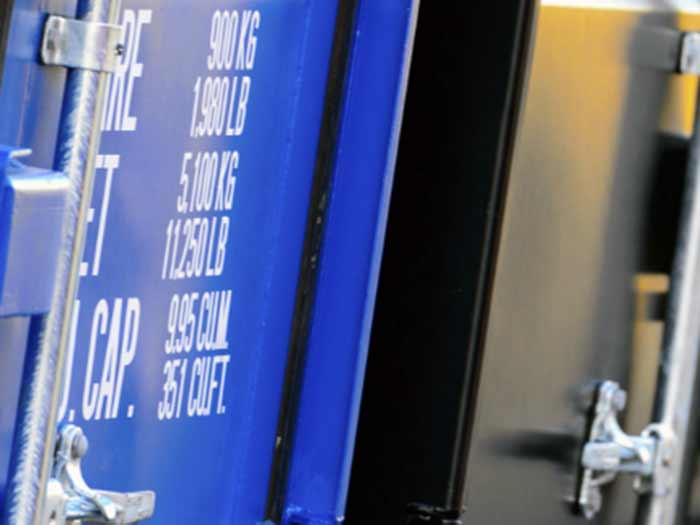 “The mood-music surrounding the container market has deteriorated further in the last three months,” says Drewry Shipping Consultants, which has downgraded its outlook for world container port throughput for the current year and the rest of the five-year horizon in its recently published Container Market Annual Review and Forecast 2019/20.

Drewry now expects global port throughput to rise by 2.6% in 2019, down from the previous 3.0% expectation.

“The weight of risks pressing down on the container market seems to be getting heavier by the day,” said Simon Heaney, senior manager, container research at Drewry and editor of the Container Forecaster. “The situation has been exacerbated by a brace of new problems that cloak the market in further layers of concern and uncertainty over those that previously existed.

“There is a danger that this stream of negative news creates a self-fulfilling prophecy that might run contrary to the facts on the ground. First-half port statistics were reasonably strong and consumer demand had been fairly resilient, all things considered, but some key indicators have more recently taken a sharp decline and we feel it is right to adopt a slightly more cautious attitude.”

One of the major risks identified in the report is the impact of IMO 2020 on containership supply. There is still no clear guidance on just how much additional cost it will land on the industry and the recent drone attacks on Saudi oil facilities muddied the waters when it caused oil prices to spike.

Drewry’s current estimate is that operators will next year be faced with an additional $11 billion fuel bill related to the switchover to low-sulfur fuel oil and the degree of compensation that carriers receive will dictate the level of supply disruption next year.

“Our working assumption is that carriers will have more success in recovering that cost than previously, to the point that there will be no major disruption to supply,” said Heaney. “However, if they fall short by a significant margin we think that lines would quickly dust off the decade-old playbook that was used to see them through the global financial crash. There will be much less focus by carriers on service quality and more on cost cutting. In that scenario, carriers will try to protect cash flows by restricting capacity as best they can, through a combination of measures, including further slow-steaming, more blank sailings, and off-hiring of chartered vessels.”

Failure to recover more of the larger fuel bill is also likely to push more carriers/owners to either have more ships fitted with exhaust scrubbers to be able to continue running on the cheaper high-sulfur oil, and/or to ramp-up demolitions.

“If events follow this path the supply-demand balance will look very different from our current forecast. The worst case scenario, when most shipping lines cannot operate close to breakeven and some potentially face bankruptcy, would actually be a far quicker route to rebalancing the market than the current plodding track. It would take a very brave carrier to want such a turn of events, but for those that could be sure of coming through the other side, after some initial pain the rewards would be far greater,” said Heaney. “Most shippers accept that they will have to pay more but they rightly expect any increase to be justified with a credible and trusted mechanism – in other words the ball is very much in the carriers’ court.” said Heaney.