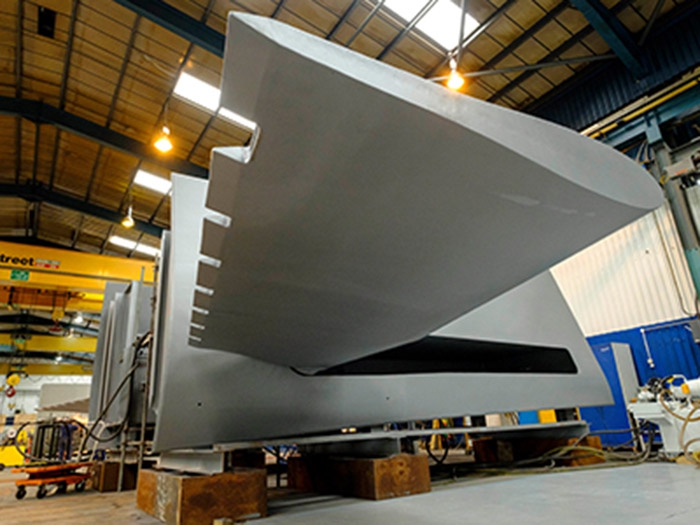 AUGUST 9, 2018 — Roll-Royce says that the latest version of its stabilization systems adds the potential for ice class ships to benefit from the company’s Stabilization-at-Rest (SAR) concept.

The SAR system, incorporated in both the Aquarius and Neptune ranges of Rolls-Royce retractable stabilizers, employs active fin control technology and advanced hydrodynamic design to deliver higher levels of roll reduction when the vessel is at rest, while also maintaining stabilisation performance whilst underway.

In the new design, the stabilizer fins can be fully retracted into the custom-designed fin box, so there are no protrusions from the hull form, ensuring safe navigation through ice.

“This is achieved because the ice class SAR system is based on the well-established Rolls-Royce Aquarius and Neptune retractable stabilizers,” says Cunningham. “Both initial and operational costs are minimized due to the units being easily installed, the fin box custom-designed to exactly match the ship’s hull profile, small hull opening and a simple reliable design.”

Recognizing that the Rolls-Royce ice class SAR stabilizers are likely to be employed on vessels sailing in environmentally sensitive areas, a special quad seal arrangement ensures minimal risk of leakage, and the machinery is fully compatible with a wide range of EALs (environmentally acceptable lubricants).

“The sealing arrangement and compatibility with EALs mean the ice class SAR systems meet the requirements for VGP Permit vessels, while the low drag results in less fuel being burned, which also benefits the environment,” adds Cunningham.