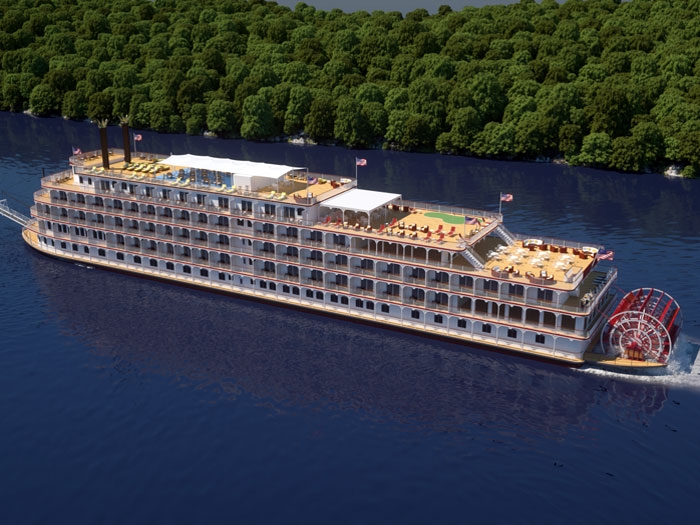 Following its launch into the Salisbury River, tugboats skillfully nudged the new 333 ft x 58 ft riverboat into Chesapeake Shipbuilding’s East Outfitting Basin where the upper decks and outfitting will be completed.

The launching comes just a few weeks after the joining of the two hull sections. With the installation of the upper decks, the new riverboat will come together quickly, and upon completion will be the third new riverboat built for the Mississippi River by American Cruise Lines. Construction of the new Queen of the Mississippi is also underway at Chesapeake Shipbuilding and is set for delivery in 2017.

The newest paddlewheeler America will have a draft of 8 feet and capacity of 185 passengers in 98 staterooms and will introduce features never before seen on a riverboat, says American Cruise Lines. Among those features will be 60 square foot outside balconies. With a top speed of about 13 knots, the America will operate on itineraries on the Mississippi River and its tributaries starting May 7, 2016.