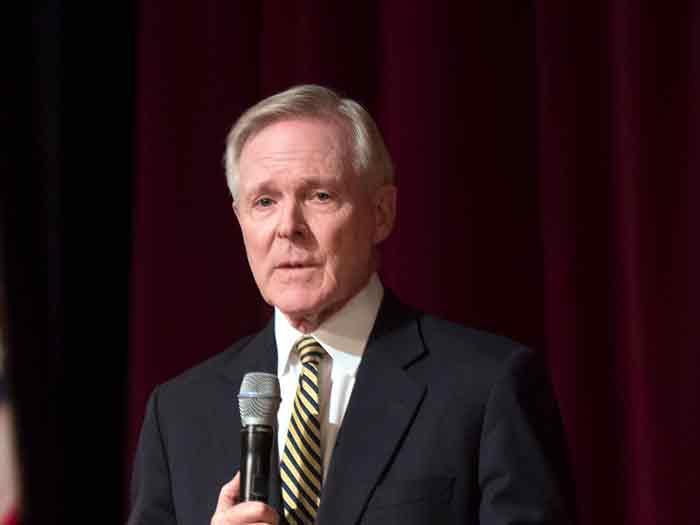 Secretary of the Navy Ray Mabus

DECEMBER 17, 2016 — During his election campaign, President-elect Donald J. Trump said his vision was to “rebuild the U.S. Navy toward a goal of 350 ships, as the bipartisan National Defense Panel has recommended.”

That was music to the ears of American shipbuilders. Now, it seems the Navy, would like five more ships than the President-Elect’s 350.

Yesterday, Secretary of the Navy Ray Mabus announced the results of the Navy’s 2016 Force Structure Assessment (FSA), a year-long effort which began in January that was conducted to evaluate long-term defense security requirements for future naval forces.

The 2016 FSA was not constrained by budget control act funding levels.

Secretary Mabus said yesterday that current proposed Navy budget is seen as a bridge to this larger Navy, with shipbuilding on an upward glide slope towards 308 ships.

Navy leadership is confident that, if funded, the 355 ship plan is executable, as each ship class called for in the FSA has an active shipbuilding line already up and running.

The following table shows the results of the 2016 FSA – an objective force of 355 ships – and the changes from the 2014 FSA update.

According to the FSA executive summary: