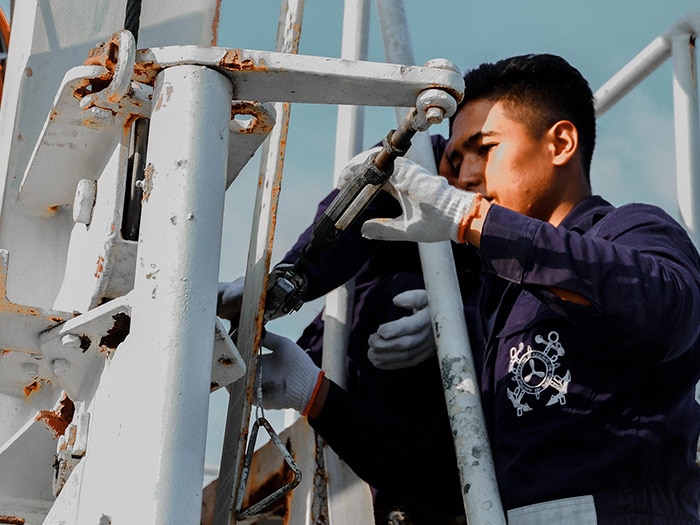 The global ILO Minimum Wage is next scheduled to be reviewed by the JMC in 2025 [Photo:Christian Gilbert Sonico Esteban, ITF Seafarers’ Trust]

A new round of negotiations between shipowners and seafarers’ unions from across the world, convened by the UN’s International Labor Organization (ILO), has resulted in a new three year deal on seafarers’ minimum monthly wages.

Maritime transport is the only sector with a formally recognized global minimum wage, which has existed for seafarers since 1958.

The agreement applies universally to the rating grade of Able Seafarer and, according to a joint statement from the ICS and ITF is “widely recognized by the global shipping community as contributing to decent work and employment for seafarers, to support themselves and their families, recognizing that the overall well-being of seafarers is inextricably linked to their economic well-being.”

During the previous round of talks, concluded at the UN ILO in September last year, shipowners and seafarers set the minimum wage to $648 from July 1, 2022.

Commenting on the outcome of the negotiations, Charles Darr (Swiss Shipowners’ Association), spokesperson for the shipowners group, said:

“The global seafarer workforce is central to the safe and efficient flow of world trade, and they are among the unsung heroes of the pandemic. This new deal is a win-win for both shipowners and seafarers.

“It strikes a balance between rewarding seafarers for their incredible contributions to the global economy and ensures, at the same time, that shipping companies are able to remain sustainable and commercially viable, in light of the many challenges we are currently facing and those that lie ahead.”

“Today’s agreement recognizes the huge sacrifices and professionalism of the men and women working at sea and is a testament to the collective milestones the social partnership between seafarers and shipowners have historically achieved, especially over the past few years.”
​​​