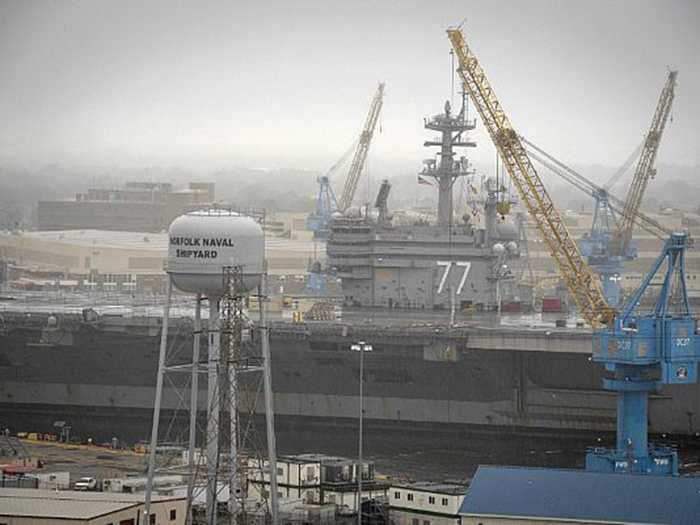 A Navy Sea Systems Command (NAVSEA) program office set up in June last year is at work on developing, programming and executing the Navy’s recapitalization plan for its four public shipyards.

The four shipyards — Norfolk Naval Shipyard, Portsmouth, Va.; Portsmouth Naval Shipyard, Kittery, Me.; Puget Sound Naval Shipyard and Intermediate Maintenance Facility, Bremerton, Wash.; and Pearl Harbor Naval Shipyard and Intermediate Maintenance Facility, Pearl Harbor, Hawaii — were originally designed and built in the 19th and 20th centuries to support construction of sail and conventionally-powered ships using industrial models of the time. As a result, they are not configured to maintain and modernize the nuclear-powered aircraft carriers and submarines of today or tomorrow.

The new program office, PMS-555, is working with Commander, Navy Installations Command (CNIC) and Naval Facilities Engineering Command (NAVFAC) to recapitalize and modernize the infrastructure at the four shipyards.

The first milestone PMS-555 is scheduled to achieve is the development of a “digital twin” of the naval shipyards. This will be a virtual representation of the shipyards that will be used to conduct modeling and simulations of the shipyard environment to aid in evaluations and decisions for the future shipyard infrastructure. The program office is also developing strategies to address historic preservation and environmental compliance during the recapitalization effort.

“The Shipyard Infrastructure Optimization Plan articulated a vision that shipyard infrastructure has three interdependent components: the dry docks, the facilities, and the capital equipment; and that these configurations are fundamentally linked to the shipyards’ ability to execute the mission they are tasked to do,” said Steven Lagana, PMS-555 program manager. “We are utilizing modeling and simulation as a tool to integrate these components to better inform the desired infrastructure layout. Through this, the Navy will be in a better position to make meaningful, long-lasting investments that not only address the condition of the facilities and equipment but also change the way the work is conducted. Once we’re finished, the Navy will recover more than 300,000 work days per year, every year.”

The program office is hosting its first industry day April 8 at the Washington Navy Yard.

“We’re sold out,” said Lagana. “We have more than 100 companies from 19 states and the District of Columbia who are coming to hear about the program and see how they can be part of this once-in-a-century team that will deliver the shipyards the Navy needs.”

“The Navy relies on NAVSEA to deliver combat-ready ships and submarines out of planned maintenance availabilities on time,” said NAVSEA Commander Vice Adm. Tom Moore. “Modernizing our four naval shipyards — a massive task under any circumstance — is critical because it’s the only way we will be able to meet our future mission requirements.”