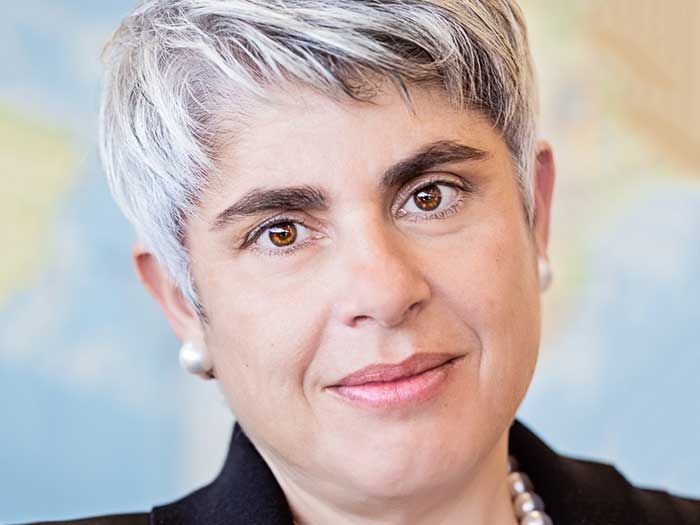 Angeliki Frangou, Chairman and CEO of Navios Partners: This acquisition demonstrates our ability to source proprietary deals, and we are continuing to seek exposure to the container sector

APRIL 21, 2017 — Navios Maritime Partners L.P. reports that it has agreed to acquire the entire Rickmers Maritime container fleet for about $113.0 million.

The news follows an April 19 statement from Rickmers Holding AG saying an understanding had been reached regarding restructuring of the Rickmers Group which, in turn, follows on from earlier news that Singapore Based Rickmers Maritime Trust is to be wound-up.

Angeliki Frangou, Chairman and Chief Executive Officer of Navios Partners stated, “We are pleased to announce the agreement for the acquisition of 14 container vessels from Rickmers Maritime. We anticipate acquiring five 4,250 TEU vessels on May 15, 2017. These vessels are employed on charters that have staggered expirations in 2018 and early 2019 at a net daily charter rate of $26,850.”

Ms. Frangou continued, “Our operating platform was attractive to the Trust and its lending banks because of our disciplined technical and commercial management and favorable operating costs. This acquisition demonstrates our ability to source proprietary deals, and we are continuing to seek exposure to the container sector.”

The acquisition is being financed through a $20 million equity investment by Navios Partners and a secured loan facility under discussion. The vessels are expected to be delivered starting May 15, 2017. The acquisition is subject to a number of conditions, and no assurance can be provided that the acquisition will close in all or part.

Did Navios get a good deal? Earlier this week VesselsValue noted that over the last 12 months the Rickmers fleet has declined in value by 31%. This matches the decline of the liner business that is plagued by oversupply of tonnage and slow demand growth. The chart below shows VesselsValue’s fleet value, containing transactions, since March 2016.