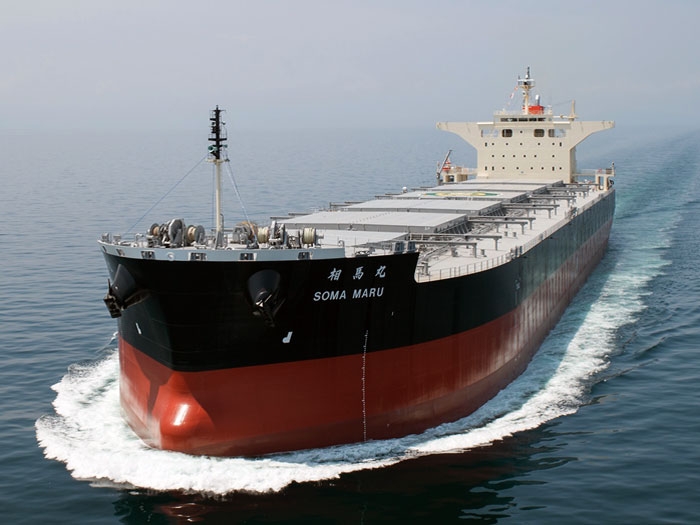 With an overall length of 235m, beam of 43m, and depth of 20m, the Soma Maru was jointly developed by Sanoyas Shipyard and MOL. It is a state-of-the-art coal carrier with its wide-beam/shallow-draft shape  and various safety and energy-saving specifications. It is a sister vessel to the Akatsuki, which was delivered in February of this year.

The ship takes over the name of the coal carrier that has served Tohoku Electric Power Co., Inc., for 19 years, and will play a central role in coal transportation for their thermal power plants under a new long-term consecutive voyage service contract.

Earlier this month, MOL, headquartered in Tokyo, said that joint venture companies that it is a partner with China Shipping (Group) Company had signed contracts with Korea’s Daewoo Shipbuilding & marine Engineering Co., Ltd., to build three ice class LNG carriers. The three 172,000 m3 carriers are destined for Russia’s Yamal LNG Project and will trade from the Port of Sabetta through Arctic Ocean. The 299m x 50m vessels will be classed RMRS ARC7/Special Specifications for the Arctic Environment. The LNG carriers will be capable of breaking a maximum thickness of 2.1m of ice when operating in astern icebreaking mode.