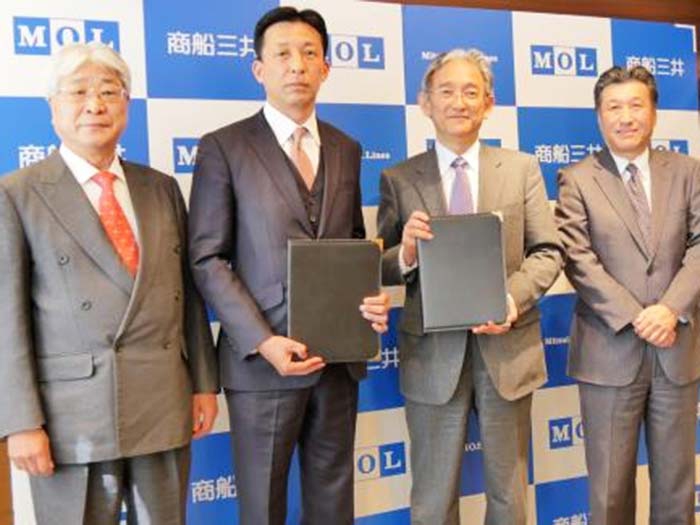 JANUARY 26, 2018 — Mitsui O.S.K. Lines, Ltd. reports that it has signed a deal for the construction of an LNG fueled tugboat with shipbuilder Kanagawa Dockyard Co., Ltd.

Construction is slated to start in February 2018 and launching is scheduled for April of the same year.

The vessel will be MOL’s first to be powered by LNG fueled Yanmar engines and will be Japan’s first LNG fueled tugboat to conform to the IGF code and the first to have the LNG tank mounted on deck at the stern of the ship — enhancing convenience in bunkering, maintenance, and inspection.

The ship will be operated by Nihon Tug-Boat Co., Ltd. and it will be deployed in Osaka Bay in April 2019.

LNG fuel will be supplied by Osaka Gas Co., Ltd. using a truck-to-ship system. MOL and Osaka Gas will establish an LNG fuel supply system for vessels, which will be the first in Osaka Bay and cooperate in the LNG fuel supply development project conducted by the Port and Harbor Bureau of Osaka Prefectural Government at the Sakai-senboku Port.

MOL will move ahead with research on practical use of an LNG fuel supply system with a detachable, portable LNG fuel tank, by adapting this design to the tugboat.