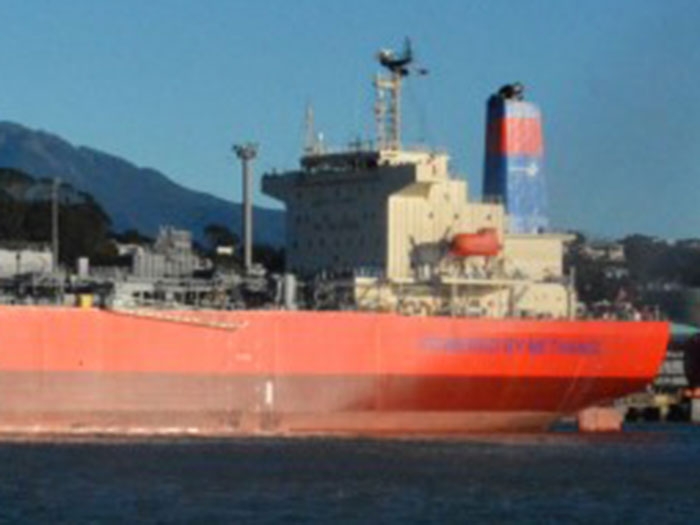 The vessel, the Taranaki Sun, is one of seven MAN B&W ME-LGI powered methanol tankers (four of them owned by MOL) chartered in by Waterfront Shipping, a subsidiary of the world’s largest methanol supplier, Canada’s Methanex Corporation.

Using a sophisticated algorithm, it analyzes correlations between the data to detect engine abnormalities and provides troubleshooting based on these abnormality detection results.

MOL selected ClassNK CMAXS e-GICSX for the 50,000 dwt tanker in order to reduce maintenance costs through the early detection of abnormalities and determine optimum timing of parts replacement.