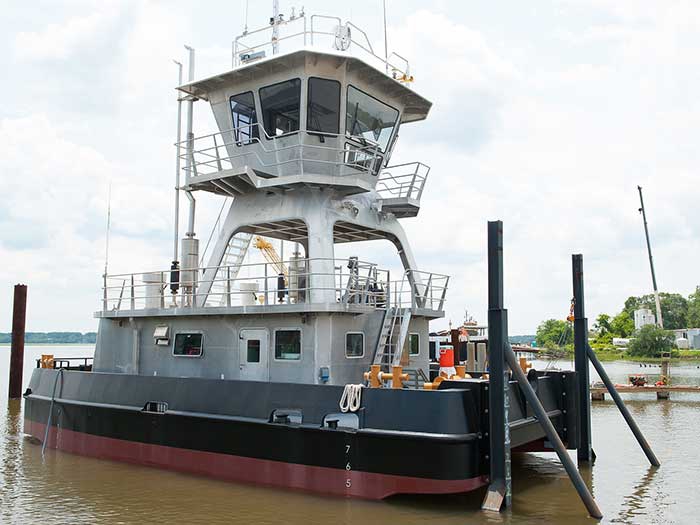 Steering is by four main rudders and four flanking rudders for maneuverability. The deck gear is two Patterson wire winches.

The vessel is constructed to ABS specifications, but it is not classed.

Construction of the vessel commenced in 2016. It is anticipated to enter into operations in July. It will be the push boat for a barge that services Bald Head Island, a residential and vacation island in North Carolina.

Tug on shipyard railway, prior to launch