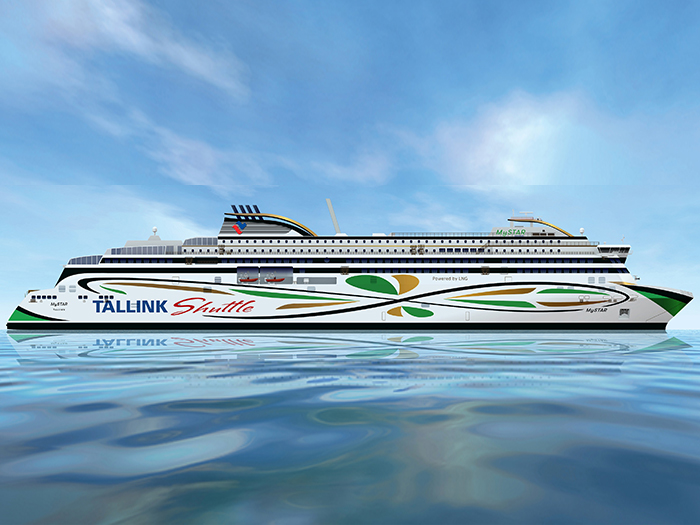 The 212 meter long, 50,000 grt MyStar is the largest vessel to date that RMC has agreed to build.

The ship, the MyStar, is on order at Finnish shipbuilder Rauma Marine Constructions (RMC) for delivery in early 2022.

It will be powered by a diesel electric plant based on five MAN 51/60DF dual-fuel main engines.

Lex Nijsen, Head of Four-Stroke Marine Sales, MAN Energy Solutions said: “Finland is always such an innovative market and it’s very pleasing to land this order. This agreement marks the second car and passenger ferry for RMC this year and we are very pleased that they have chosen to go with our 51/60DF units this time. The engines performed strongly on the test bed, showcasing such characteristic advantages as load behavior and pure gas start, which ultimately led Tallink to choose MAN.”

Nijsen added “This is the second agreement we have made for the 51/60DF within a short period of time in the Baltic after TT-Line placed its RoPax order earlier this year. With this new order, we are really putting the 51/60DF – and MAN engines in general – in the shop window at a time when the Finnish market has many interesting projects underway. We look forward to the future with confidence.”

The 212 meter long, 50,000 grt MyStar is the largest vessel to date that RMC has agreed to build.