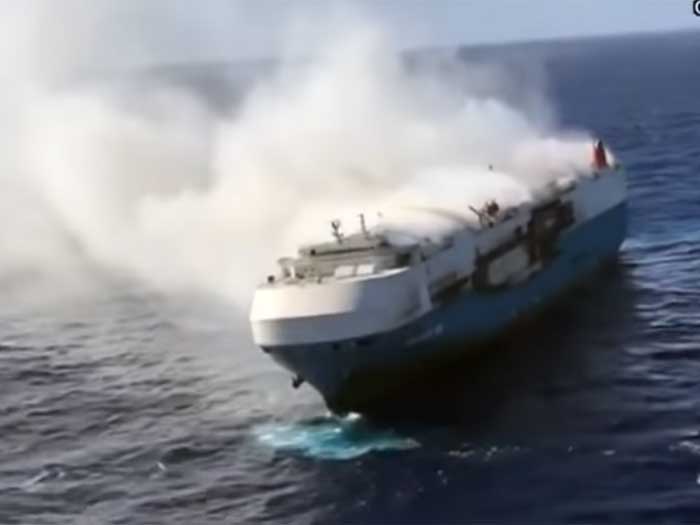 The awards were given for the crew’s unprecedented rescue efforts in response to the horrific fire aboard the foreign-flag vessel M/V Sincerity Ace in the northern Pacific Ocean on December 31, 2018. Administrator Buzby presented the award to the Green Lake’s owner, Waterman Transport, Inc., and its captain and crew at a ceremony held November 1 in New York City.

The Green Lake’s heroic actions began on New Year’s Eve 2018 when the U.S.-flag ship responded to a disaster unfolding 2,000 miles northwest of Hawaii. ‘

The Gallant Ship Award dates back to an executive order issued by President Franklin D. Roosevelt during World War II to recognize excellence and bravery in merchant mariners. Between 1944 and 1994, only 41 ships received Gallant Ship status, with the last award being presented in 1994.

The award is presented “to any United States vessel or to any foreign vessel (merchant, Coast Guard, Navy, or other), the crew of that ship, or other individuals or organizations participating in outstanding or gallant action in marine disasters or other emergencies for the purpose of saving life or property.”

Ships and crews receiving Gallant Ship status must have encountered substantial danger during rescue and lifesaving efforts while demonstrating efficiency, discipline, and expertise in conducting such operations.

The Merchant Marine Medal for Outstanding Achievement is awarded to U.S. merchant mariners who have participated in an act or operation of humanitarian nature directly aiding an individual or group of individuals.

“Today, as we honor the crew of a great American ship, we again see the value of the Maritime Security Program to our country,” said Administrator Buzby. “The Green Lake was there to respond in the time-honored tradition of mariners coming to the aid of fellow mariners. This American-trained crew highlights the professionalism and valor of our nation’s mariners, whether conducting humanitarian aid missions or providing vital sustainment to the U.S. Armed Forces.”