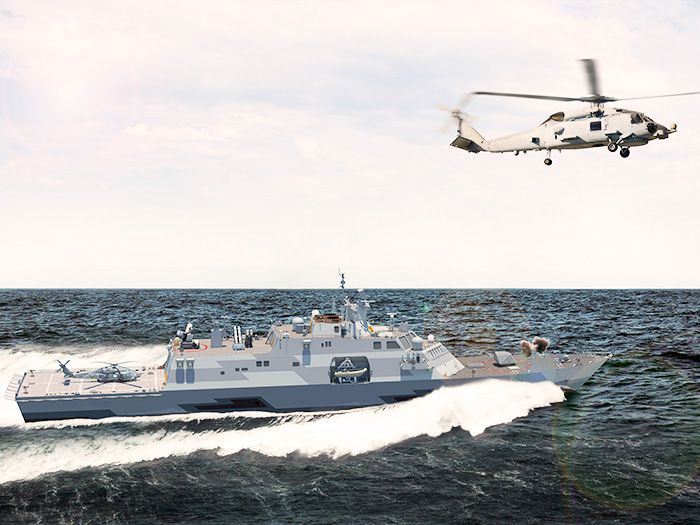 Lockheed Martin Corp., Baltimore, Md., has been awarded a $1,955,776,266 fixed-price-incentive firm target modification to a previously awarded contract for the detail design and construction of four Multi Mission Surface Combatant ships (MMSC) for the Kingdom of Saudi Arabia.

The MMSC is based on the Freedom variant of the Navy’s Littoral Combat Ship class and, like the Freedom LCS, the four Saudi ships are slated to be built at the Fincantieri Marinette Marine shipyard.

The ships are being procured by the Kingdom of Saudi Arabia (KSA) under the auspices of the Navy’s Foreign Military Sales (FMS) program.

Only foreign military sales funds from the Kingdom will be obligated at time of award and will not expire at the end of the current fiscal year.