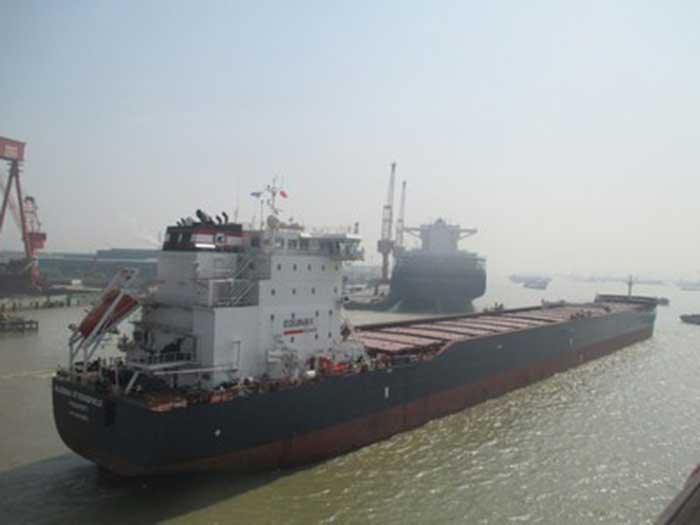 APRIL 3, 2017 — St. Catharines, Ontario, headquartered Algoma Central Corporation reports that the latest addition to its Equinox class of bulkers, Algoma Strongfield, has completed preparations and has now begun its delivery voyage to from China to Canada. The ship is expected to enter service as part of the Algoma Bulker Pool in June.

The Algoma Strongfield will make the journey to Canada under foreign flag (understood to be Tuvalu) and will be re-flagged and crewed by Canadian seafarers when she reaches Canada. The ship will join its Equinox Class sister ships, the Algoma Equinox, the Algoma Harvester, along with the G3 Marquis, owned by G3 Canada Limited and will service the company’s agriculture and iron ore trades.

“We are looking forward to the Algoma Strongfield’s arrival in Canada this summer,” said Ken Bloch Soerensen, Algoma President and CEO. “The completion and delivery of this ship was delayed by the bankruptcy of the shipyard [Nantong Minde] at which she was being built; however, liquidation of the shipyard enabled us to acquire the vessel at an attractive price.”