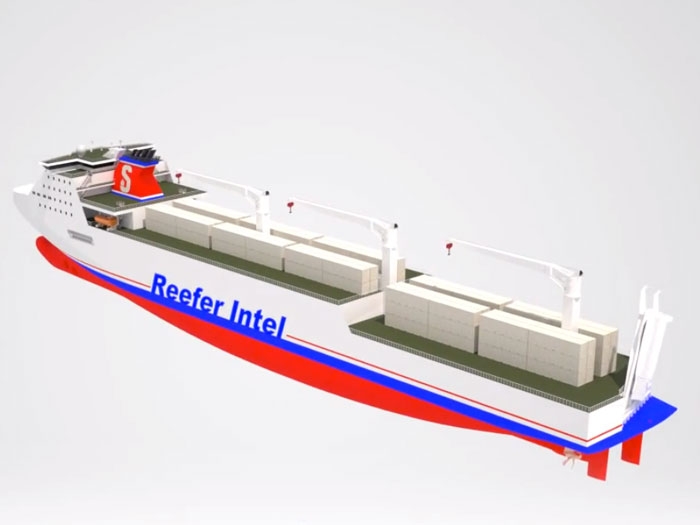 In Version II of the design, the bridge and engine have been positioned forward in the ship to optimize cargo handling on the under deck areas and, as there is a very large back haul cargo potential to Central America, the height of the four inside decks to 4.5 m to allow for general RoRo cargo. On the back haul, the ship is hence an ordinary RoRo ship.

With the new refined design, the ship has a capacity of about 12,500 HC pallets – 6,800 HC pallets on cassettes inside the ship and other 5.700 HC pallets in refrigerated containers on the weather deck. The ship can be loaded/discharged in twelve (12) hours.

On the back haul, the ship has 4,400 lane meters, equivalent to about 900 – 1,000 cars, but with the new design general project cargo can be transported as well.

Loading in two ports in Central America and discharging in Antwerp plus one port more, and back haul to Central America, the ship is burning an average of 42 tons HFO per day. The box rate is calculated to be  $2.50 per banana carton, full liner terms and the equivalent on a long term charter.