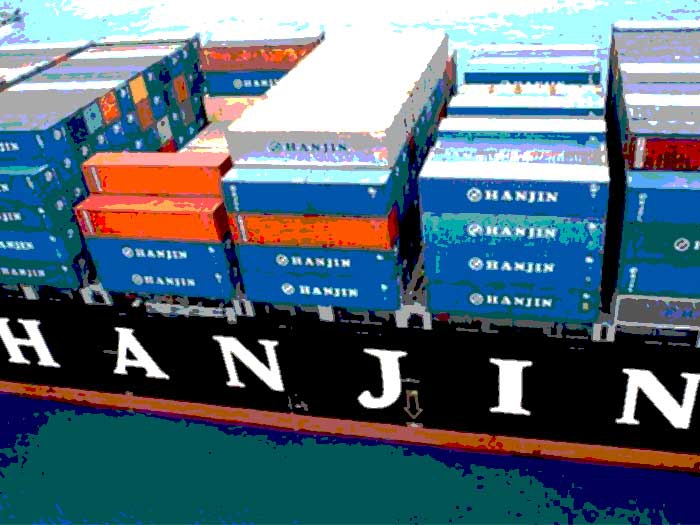 SEPTEMBER 29, 2016 — The ITF (International Transport Workers’ Federation) yesterday described the refusal of shore leave to seafarers on board Hanjin ships in the U.S. as a denial of human rights.

The issue was revealed when a visit to the chartered containership Hanjin Marine by ITF inspector Jeff Engels to check on the crew’s welfare on Monday (after they had waited three weeks for a berth) revealed that, although the crew are being paid and there is two months’ food onboard, the U.S. Customs and Border Protection (CBP) were refusing them shore leave.

“I phoned them several times,” Jeff Engels explained, “and had others phone them but they still insisted that the crew was a possible threat to try and jump ship due to the Hanjin situation. I countered with the fact that shore leave was a human right and that the seafarers should not be made to suffer due to the Hanjin situation, which had nothing to do with their simple desire to walk around, smell a tree and visit the local seafarers center. CBP still did not budge.”

At their 18:00 crew shift change the despairing crew decided to make the situation public and stood at the gangway flying a banner stating “We deserve shore leave.”

When they learnt of what the seafarers were being put through, outraged members of ILWU (International Longshore and Warehouse Union) Local 19 staged a spontaneous demonstration of support for the seafarers from the dockside, cheering them and sounding horns.

“The dockers’ action was the type of urgent expression of solidarity that ILWU members are known for taking to help any worker who is in distress, said ITF president and chair of the ITF dockers’ section, Paddy Crumlin. “It not only showed the seafarers that their voice is being heard, but also helped reveal that these entirely innocent workers are being denied that most basic of rights – to step on land after weeks or months at sea. It should be inconceivable that they are being denied that right. We hope that wiser heads at the CBP will now prevail and they will be allowed ashore.

“We understand that the last three Hanjin vessels that called in Southern California all had similar issues with shore leave. This is morally and legally unacceptable. These are professional seafarers, working in a professional manner, carrying out all their tasks responsibly, and hoping that the situation with Hanjin will be rectified without the loss of jobs. Denying them an escape from their work environment is an abuse of humanity. The CBP needs to reconsider and fix this problem now.”

ITF seafarers’ section chair Dave Heindel said: “So far the welfare of crews on Hanjin ships has received the urgency it demands. In particular the Korean government, our affiliate the FKSU (Federation of Korean Seafarers’ Unions) and the Korean Shipowners’ Association have acted quickly and in concert to look after crews. Within days they formed a joint task force whose first priority was to ensure that provisions and water were put onboard all ships, and we understand that insurance has also been taken out to cover three months’ wages for all crew as well as three years’ pension entitlements.

“The ITF continues to monitor the situation, and ITF inspectors have visited Hanjin ships, unasked, in many countries. Thankfully they have been able to report that so far crews are being paid, hoping to retain their jobs, and are in good spirits. The only serious exception to this is in the U.S.A. where those crews are being refused their legal right to shore leave while in possession of a bona fide visa. It is an additional stress at a stressful time, and frankly it’s indefensible.”