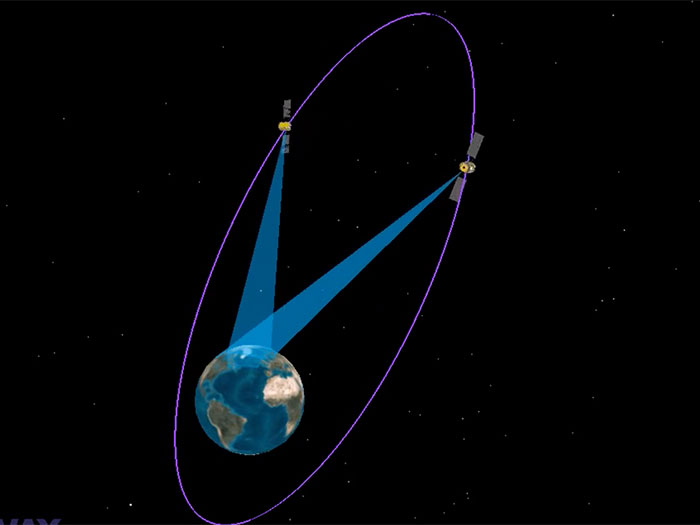 It is partnering with Space Norway, which in late 2022 will have two Northrop Grumman-built satellites launched by SpaceX into a Highly Elliptical Orbit (HEO) that will provide full coverage above 65º North.

Space Norway,, a limited liability company owned by the Norwegian government has established a new subsidiary, Space Norway HEOSAT AS, to manage the program and operate the two satellites together with Kongsberg Satellites Services in Tromsø, Norway. The program is fully financed with customer agreements in place for the service life of the satellites. Inmarsat is the only commercial customer.

Each of the two satellites will carry multiple payloads, including Inmarsat Global Express (GX) payloads.

Inmarsat says the new GX Arctic payloads (GX10A & 10B) will have the ability to direct capacity in real-time to the areas of highest demand.

They will be the world’s first and only mobile broadband payloads dedicated to the Arctic region and will integrate seamlessly into the current and planned Fleet Xpress service network. The additional payloads will be fully compatible with current and future Fleet Xpress terminals, ensuring that current maritime, offshore and fishing customers can benefit from the further extension of the network.

Inmarsat says its new Arctic capabilities will increase network flexibility and efficiency through multi-beam, high-throughput capacity that can be fully dialed up and down depending on customer demand in the region.

Meanwhile, the high-value expedition ship market is one of the fastest growing parts of the cruise industry, with 41 smaller exploration ships due delivery between 2019 and 2023*.

Today’s announcement comes less than a month after Inmarsat’s decision to invest in three new GX satellites (GX7, 8 & 9) to be built by Airbus Defence & Space, that, it says, will deliver a transformational change in the global capabilities, capacity and agility of Fleet Xpress for the benefit of current and future Inmarsat customers, partners and investors (see earlier story).