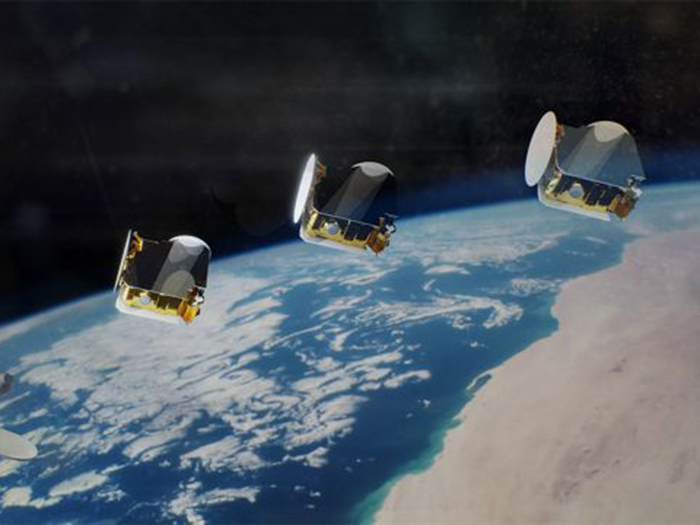 With growing demand for maritime broadband capacity, Inmarsat is to beef up the capacity, capabilities and operational agility of the Global Xpress network that delivers its Fleet Xpress service.

It has signed a contract with Airbus for three more GX satellites. The new geostationary satellites will provide the platform for a transformational upgrade in Fleet Xpress, whose combination of Ka-band plus continuous L-band back-up connectivity is already installed on close to 7,000 ships worldwide, helping enable digitalization at sea.

Airbus says the three satellites are the first to be based on its new OneSat product line, which is fully reconfigurable in orbit.

Featuring on board processing and active antennas, the three Ka-band spacecraft will be able to adjust their coverage, capacity and frequency. They will deliver power and bandwidth dynamically in real-time to adapt to Inmarsat’s requirements to provide HTS (High Throughput) broadband connectivity for the mobility market.

Inmarsat says that today’s announcement marks the beginning of the next phase of GX’s evolution, which also includes a major enhancement to the GX ground network, which will deliver full integration of each generation of GX satellites to form a highly-secure, inter-operable, ultra-high performance network.

According to Inmarsat, future GX satellites offering new capabilities can easily be added to this dynamic framework whenever and wherever demand dictates. The network will also be able to benefit from future technology innovation.

The new GX technology will be compatible with existing terminals, allowing Inmarsat customers to benefit seamlessly from this and future service enhancements. Through regular upgrades by Inmarsat to the GX network capabilities and features, customers will be able to take advantage of future technological innovation.

Inmarsat’s current GX fleet is comprised of four operating satellites (GX1-4) and is planned to be augmented to seven satellites by mid-2021 with the launch of a further three GX payloads (GX5 and GX6A & B) which are currently under construction and scheduled for launch in 2019, 2020 and 2021 respectively. Today’s announcement will add a further three GX satellites (GX7, 8 & 9) to the global GX constellation, bringing the aggregate constellation to ten satellites.