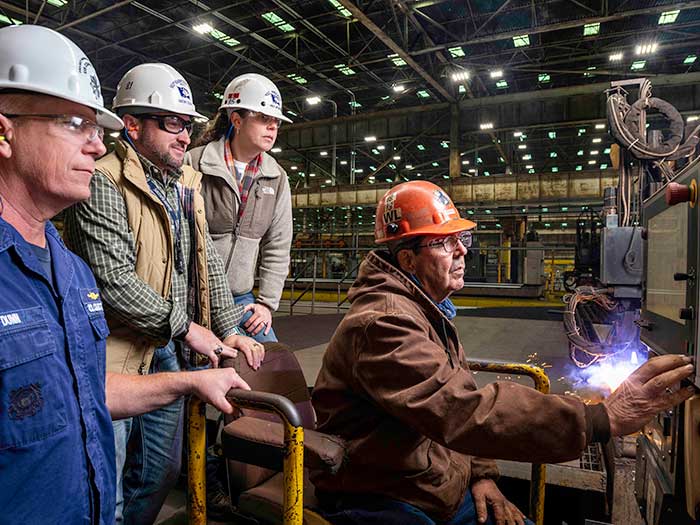 “Each new ship in this class has been an exciting opportunity to build on our legacy,” said Jay Boyd, Ingalls’ NSC program manager. “This is the tenth cutter in the class and a steady production line has allowed our shipbuilders to continually improve on how we build and deliver these technologically advanced cutters to the nation.”

NSC 10 is named for Master Chief Petty Officer Charles L. Calhoun, who was the first Master Chief Petty Officer of the U.S. Coast Guard (MCPOCG). He served in the U.S. Navy for three years during World War II and was honorably discharged on Feb. 21, 1946, as a Torpedoman Second Class. He enlisted in the Coast Guard on Sept. 20, 1946, and over the course of 14 years held varying positions of leadership. He served as the MCPOCG from Aug. 27, 1969 until Aug. 1, 1973.

Ingalls has delivered eight Legend-class NSCs, two more are under construction and one additional is under contract. Stone (WMSL 758), the ninth NSC, is scheduled for delivery in 2020.

NSCs are capable of meeting all maritime security mission needs required of the high-endurance cutter. They include an aft launch and recovery area for two rigid hull inflatable boats and a flight deck to accommodate a range of manned and unmanned rotary wing aircraft.